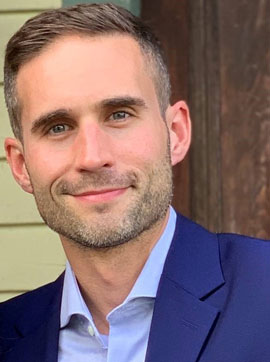 Rollo has an active trial practice, having first-chaired or had leading roles in numerous bench and jury trials and arbitrations.  He has been singled out by clients who note that he “is as good as I’ve seen” and that his ability to “drill-down on the witness and to flex in and out of that mode impressed and at times astonished.”  Rollo has been recognized as one of the 500 Leading Litigators in America by LawDragon, as a “Future Star” by Benchmark Litigation, and as a New York rising star "super lawyer" since 2019.  Rollo and his colleagues were named “Litigators of the Week” by The AmLaw Litigation Daily for their trial and appellate victories in the AbStable v. MAPS $6 billion+ busted deal case.  He has also been repeatedly recognized in AML's weekly "Litigator of the Week" publication for, among other things, a case dispositive victory on summary judgment in an expedited $200 million private equity dispute following his oral argument; his leading role in the first COVID-19 era deal buster case to go to trial in which the court concluded that his client properly terminated a $6 billion sale transaction after the CEO he crossed at trial conceded that the target business had “made major material changes to its business when compared to its past practice”; and the reversal by the Delaware Supreme Court of a jury verdict in a M&A case concerning the enforceability of the parties’ agreement to limit remedies for reckless fraud.

Before joining the firm, Rollo served as a law clerk to the Honorable Mary Ellen Barbera, Chief Judge of Maryland’s highest court.  During law school, Rollo was a student attorney in Georgetown’s Criminal Justice Clinic, where he represented numerous indigent defendants in D.C. Superior Court and before the U.S. Parole Commission.  He was also a senior annual survey editor for the American Criminal Law Review.