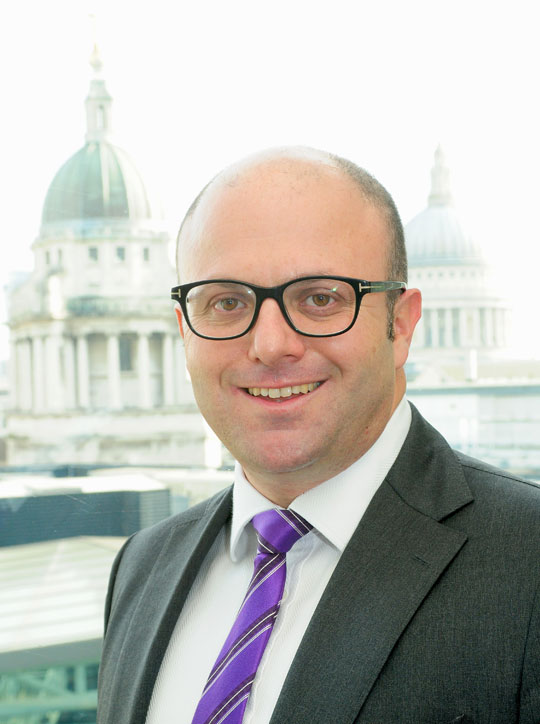 Boris Bronfentrinker is a partner in Quinn Emanuel’s London office, and Co-Head of the Competition Litigation Practice in the UK. Boris is a solicitor advocate practicing in complex commercial litigation, with particular expertise in competition law. He has represented clients, both as claimants and defendants, in leading and high profile cases in both the English High Court and the Competition Appeal Tribunal, as well as coordinating competition litigation claims in  other jurisdictions globally.  Boris is experienced in not only litigating cases to judgment but also resolving claims through alternative dispute resolution, such as mediation.

Boris also has experience of representing clients in the defence of investigations by the European Commission and national competition authorities, including sector inquiries, as well as managing internal investigations into competition law and bribery/corruption issues.

Previously, Boris was a partner at specialist claimant competition litigation firm Hausfeld & Co LLP. Before joining Hausfeld, Boris spent seven years at Freshfields Bruckhaus Deringer’s competition practice, primarily representing defendants. As a result, Boris has a unique and detailed knowledge and understanding of the strategic considerations and issues faced by claimants and defendants.

Who’s Who Legal named Boris as a Global Elite – Thought Leader in Competition: Plaintiff for 2019 and 2020, and as one of their inaugural Thought Leaders – Competition in 2017 and once again in 2018,  placing him among the very best in the world in the area of competition litigation, as judged by his peers, corporate counsel and market sources. Who’s Who Legal states that Boris is “ ‘a very well-known name’ in Europe’s competition market, with ‘impressive advocacy skills’ and ‘a strong understanding of economic arguments’ which ensures that ‘novel approaches do not scare him.’ ” He is “a lawyer absolutely at the top of his game,” and is widely praised for his “instinctive and immediate analysis of litigation issues and tactics,” noting that “what Boris doesn’t know isn’t worth knowing.” They also named him a Future Leader – Competition 2018. In 2017, Boris was selected by International Who’s Who of Competition as one of the Future Leaders and also as one of the leading Plaintiff Lawyers. He is highly recognized and ranked by Chambers UK, Chambers Europe and Chambers Global ,  most recently in the 2019 editions for Competition Law, and is a recommended individual by Legal 500 UK 2019. Boris is also recognized in the 2018 editions of Chambers Europe  and Chambers Global. In 2016, The Lawyer magazine selected Boris in its Hot 100 list of solicitors, barristers, and general counsel across all practice areas in the UK. Global Competition Review included Boris in its list of the 40 under 40 best competition lawyers in the world in 2016. Boris was also recognized by Financial News in its 2016 list of 40 Under 40 Rising Stars in the European Legal Profession for advising clients on critical issues to their business and helping to drive the development of Europe’s financial legal industry. Legal 500 UK 2014 describes Boris as having “an amazing work ethic” and “confidence and poise” (2014) and "smart, knowledgeable and prodigiously hard-working" (2015). Chambers UK 2015 has listed Boris as a Leading Individual in the field of competition law private enforcement. Whilst Super Lawyers 2014 and 2015 have identified him as a Rising Star in the field of European law.