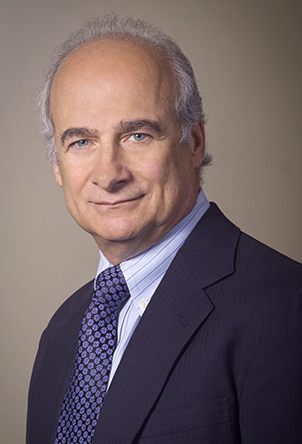 Peter Calamari is the firm’s Presiding Partner and Chair of the firm’s National Banking and Financial Institutions Practice. Mr. Calamari has 30 plus years of experience representing clients in complex commercial litigation, particularly in the financial services industry.  Over the years he has been involved in some of the most significant international disputes, as well as responsible for oversight of cases producing some of the biggest settlements in U.S. history for his clients, with recoveries totaling in excess of $15 billion.  Recently, Mr. Calamari has focused on representing institutional investors and sovereign wealth funds in claims involving complex financial products in court proceedings and international arbitrations.  He was the lead attorney for Washington Mutual, Inc. in connection with its claims against JP Morgan Chase which resulted in a settlement valued at $7.5 billion. He was the lead attorney for MBIA in connection with its multibillion claims against Bank of America and others arising out of collapsed RMBS.  Currently, Mr. Calamari represents the ResCap Liquidating Trust in approximately 85 lawsuits seeking indemnity and damages from correspondent lenders arising from the defendant lenders’ sale of defective mortgage loans.  To date the Trust has recovered over $1.3 billion in settlements and recently prevailed the first ever RMBS jury trial against one of the defendants.  He also has represented clients in all phases of employment litigation, including discrimination complaints, competition and trade secret claims and internal investigations into dignity and respect in the workplace.

Mr. Calamari has long been recognized by Chambers USA who praises his well-known plaintiff-side practice against major financial institutions, which sees him labeled as "probably the most feared name among bank defendants." and "a real strategic leader in the space (2020).” He has previously been highly regarded for his commercial litigation expertise and praised for his “excellent instincts and great courtroom presence (2013).”