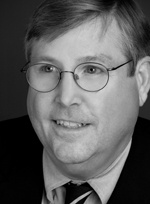 Mr. Cederberg has been trying civil and criminal cases throughout the country for the last 35 years.  He is a former federal prosecutor with the United States Attorney's Office in Los Angeles who spent ten years trying white collar fraud cases.  He is a widely known teacher of Trial Advocacy both with the National Institute of Trial Advocacy and the United States Attorney General’s Trial Advocacy Institute.  Since joining Quinn Emanuel in 2001 he has successfully tried several fraud, breach of fiduciary duty and antitrust cases to verdict.  His present practice is largely focused on preparing for and trying complex business cases of all kinds.

Mr. Cederberg is a fellow of the American College of Trial Lawyers.