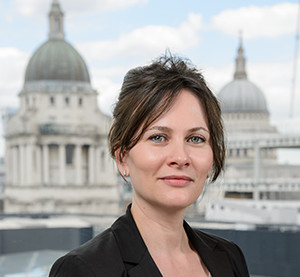 Nicola Chesaites is a barrister and advocaat (Belgium), practising in competition and complex EU litigation in Quinn Emanuel's London and Brussels offices.  Nicola was ranked by Who’s Who Legal as a Thought Leader in the field of competition law in 2020, and as one the world’s Leading Competition Plaintiff Lawyers for four years in a row, in 2017, 2018, 2019 and 2020.  She is described in UK Legal 500 (2019) as a “key practitioner” in the area of competition litigation, having “played a leading role in a number of significant matters”, “a top-flight practitioner for EU competition disputes” by Who’s Who Legal: Competition Plaintiff (2020), and was recognised in UK Legal 500 (2018) for competition litigation.  Nicola was also selected by The Lawyer in their 2017 Hot 100 list of lawyers in the category of litigation - a prestigious recognition for lawyers in England.

Nicola has extensive experience of competition damages litigation before UK courts, having represented claimants and defendants before the English High Court and the UK Competition Appeal Tribunal, including applications for collective proceedings orders under the UK’s new competition class-action regime. Nicola also has significant experience in challenging and defending EU institutions in complex EU law matters, having represented clients in EU trade, banking, sanctions, customs, pharmaceutical and competition law disputes.  She has appeared before the EU General Court and Court of Justice in Luxembourg in over 25 cases, including representing the European Union in trade disputes. Nicola’s experience acting for both claimants and defendants, as well as her extensive experience of complex EU litigation provides her with an extremely valuable perspective for claimants and defendants involved in multi-jurisdictional claims, especially concerning matters of competition and EU law, before national courts and the EU courts in Luxembourg.

Nicola was formerly Référendaire at the General Court of the EU, and before that was Senior Associate at Covington & Burling LLP in Brussels, following pupillage at one of the leading commercial chambers in London.