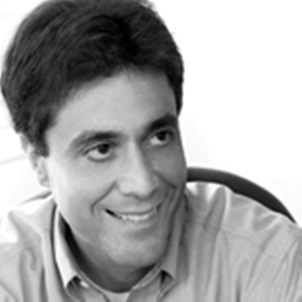 Ed DeFranco is Co-Chair of Quinn Emanuel’s National Intellectual Property Litigation Practice and is recognized as one of the leading patent litigators in the U.S.  Mr. DeFranco’s practice focuses on litigating patent infringement, trade secret, unfair competition, and licensing actions in Federal and State courts, as well as in the International Trade Commission.

Mr. DeFranco was recently recognized in the IAM Patent 1000 for 2013:  “Quinn Emanuel Urquhart & Sullivan is home to a cadre of ‘extremely hardworking and well-prepared’ attorneys, who are unanimously regarded as some of the best around.  The firm is active on all fronts, appearing in heavyweight district court, ITC, appellate and Supreme Court cases.  Seamless coordination between its US and European offices gives it an edge in major cross-border patent fights.  ‘Straight shooter’ Edward DeFranco is among the top-flight litigators here: ‘He is a careful, thoughtful trial lawyer with fantastic presentation skills who really makes things happen for his clients.’”

At his most recent trial, Mr. DeFranco made news for his cross examination of the patentee’s damages expert in a Law360 article entitled “Marvell Shreds France Telecom’s Expert in $10M Chip IP Trial” (September 24, 2014) and for his closing argument.  The patent owner had sought a finding of willful infringement and treble damages.  The jury ultimately returned a finding of no willful infringement and awarded just 5.6% of what the plaintiff sought to recover.  A follow-up Law360 article put it this way:  “The jury ultimately agreed with arguments made by Marvell attorney Edward DeFranco of Quinn Emanuel Urquhart & Sullivan LLP . . . .” (Law360, Oct. 2, 2014 article).