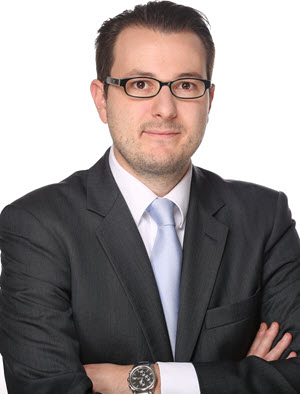 Dr. Johannes Druschel is a German qualified attorney (Rechtsanwalt) and Counsel in Quinn Emanuel’s Munich office. He was admitted to practice in 2016.

Johannes joined the firm in 2019. His practice focuses on patent and tech litigation.

In 2016 he completed his legal clerkship at the Munich Court of Appeals (Oberlandesgericht) which included stages in the soft IP and patent law practice group of an international Munich based law firm, while also partly working as research assistant for patent law at the Technical University of Munich.

Prior to joining the firm, Johannes worked as an Associate for another international law firm located in Munich focusing on patent law and soft IP. While there, he assisted and represented litigants with issues relating to all aspects of IP law, however, his focus already concentrated on patent litigation.

Johannes’ doctoral thesis was awarded with the price of the Munich law faculty in 2014. From the beginning of his career Johannes has been consistently publishing articles and occasionally given lectures on IP law.

He was ranked by The Best Lawyers in Germany / Handelsblatt: Ones to Watch (2022 & 2023 Edition) for Intellectual Property Law.