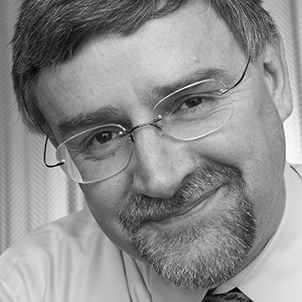 Eric Emanuel -- co-founder of the firm with John Quinn -- has had a career that has familiarized him with every phase of litigation, from TRO's to trial to appeal to enforcement of judgments.  He has appeared in courtrooms throughout California.  He has been to corporate headquarters to meet CEOs; to the floors of manufacturing facilities to meet blue collar workers, to the sub-basements of office buildings to consult experts; and to the streets of South Central to interview witnesses.  He has litigated cases involving securities, intellectual property, fiduciary duties, real property, unfair competition and torts of all types.

Although he continues to try cases, in recent years he has devoted a greater percentage of his time to training.  His office is the "Sensei office" where he advises younger lawyers on legal problems and consults with colleagues on strategy and tactics.

Mr. Emanuel's specialty is the art and science of persuasive briefs on complex issues.  A substantial part of his practice is reviewing and editing briefs by others.  His success writing briefs began during his first year as a lawyer, when he wrote an amicus brief on behalf of Public Counsel, resulting in a favorable, published opinion.  He has continued to practice before state and federal appellate courts.  He has been a member of the bars of the 9th Circuit Courts of Appeal and the United States Supreme Court since 1989.

He considers his most satisfying legal work to be a dispositive motion that avoids the expense and risk of trial.  In his view, a defendant should have as much of a right to avoid trial in a meritless case, as a plaintiff has a right to trial in a meritorious one.  Among his memorable law and motion victories was a matter for Mattel in which the plaintiff claimed she was forced to resign because of intolerable working conditions that were retaliation for her "whistleblowing."  His brief persuaded the trial court, and later the appellate court, that the plaintiff's internal complaints were not protected "whistleblowing" but unprotected threats to coerce a promotion and raise.