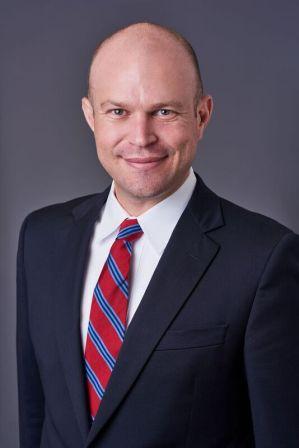 Ethan Glass is Chair of Quinn Emanuel’s Antitrust Investigations and Government Enforcement practice, working out of the Washington, D.C. and California offices.

CQ Magazine recently profiled Mr. Glass as an “Influencer,” concluding that he “is the rare antitrust lawyer who has actual trial experience.” Benchmark Litigation has ranked Mr. Glass as a “Litigation Star” in Antitrust, and described him as “noted for his rare status as someone who got trial experience while at the DoJ." Mr. Glass also was named by Global Competition Review to its select list of “Who's Who Legal Competition: Future Leaders – Partners" for 2017, 2018, 2019, and 2020.

Mr. Glass also represents clients before the federal courts, the Department of Justice, and the Federal Trade Commission in the agencies’ reviews of mergers and alleged anticompetitive conduct. He is recognized as an expert in merger review and litigation, has obtained clearance for mergers before both agencies, and has been selected as a testifying expert on United States merger review and litigation issues (which are often quite different from civil antitrust litigation).

In 2015, Mr. Glass was the lead lawyer on behalf of the United States in the successful trial and litigation blocking the merger of two major home appliance manufacturers, which was one of the largest and highest-profile merger challenges ever brought to trial in the United States. (The trial was covered regularly by the national and business press, including numerous articles in The Wall Street Journal.)

In 2014, Mr. Glass was one of the lead lawyers in the successful trial of a major credit card network’s anticompetitive conduct, another high-profile case widely considered to be one of the most difficult cases ever brought by the United States government under modern antitrust principles.

In addition to being a first-chair antitrust trial lawyer, Mr. Glass served for almost a decade at the Department of Justice, Litigation III Section, first as Trial Attorney, then as Assistant Chief. During this time, Mr. Glass led investigation, litigation, and trial teams on many large-scale, high profile antitrust matters. He has been the lead lawyer in matters involving many industries, including major appliances, credit cards, financial exchanges, motion pictures, music, newspapers, sports and recreation, and real estate.

Before joining the Department of Justice, Mr. Glass was a successful trial lawyer in private practice. He was one of the lead trial and litigation lawyers in a patent infringement dispute relating to the manufacture of insulin-like growth factor-1. That case resulted in a jury verdict for Mr. Glass’s client after a three-week trial. Mr. Glass also was a member of the trial team in a four-month antitrust class action jury trial in Iowa state court alleging monopolization of markets for PC operating systems and productivity applications software.

At Quinn Emanuel, Mr. Glass represents clients on all types of civil and criminal antitrust issues.