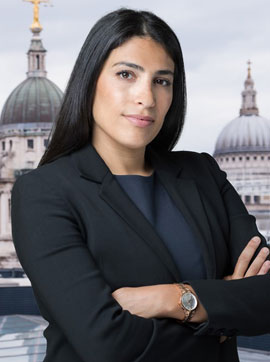 Laila has acted on litigation and arbitration matters and investigations across numerous jurisdictions and industries. She has also handled arbitrations under the major institutional rules including the ICSID, UNCITRAL, ICC, SCC, SIAC and HKIAC Rules.

Prior to joining Quinn Emanuel, Laila was a member of the litigation and arbitration team at a global law firm. She has also clerked for a Judge of the International Court of Justice, practised at a leading commercial firm in Australia, and on a legal defence team before The International Criminal Tribunal for the Former Yugoslavia, in The Hague.

Laila received her Masters of public international law from the London School of Economics and Political Science in 2014 (with distinction). She also holds a Bachelor of Laws (Honours) and Bachelor of Science (Genetics) from The University of Melbourne.