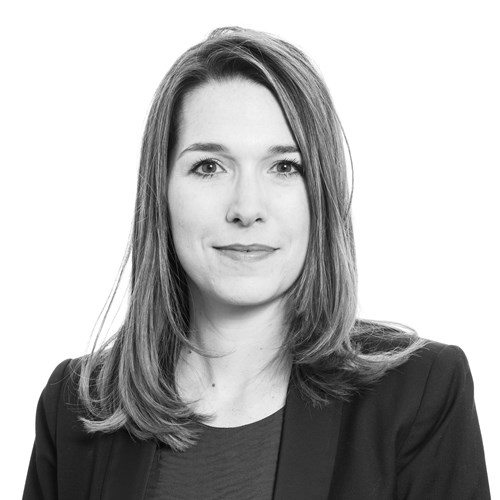 Anne-Marie Lacoste is of Counsel in Quinn Emanuel’s Paris office. She joined the firm in 2013. Prior to joining Quinn Emanuel, Anne-Marie worked in the international arbitration group of a major law firm.

She has represented clients in a number of international arbitrations, both ad hoc (including under the UNCITRAL Rules) and under the rules of major arbitration centers (ICC, ICSID, AFA, etc.).  She also represents clients in arbitration-related proceedings before French courts.

Anne-Marie was listed in Who’s Who Legal (France) 2019 in the Energy sector.  In 2020, she was ranked as National Leader in the Energy sector (France) by Who’s Who Legal, which indicated that she “impresses sources with her sweeping knowledge of energy disputes in arbitration proceedings”.  In 2020, Anne-Marie was also ranked as Rising Star in commercial arbitration by Expert Guides.

In 2020, Anne-Marie was named as co-chair of the French Arbitration Committee’s under-40 group, CFA40.