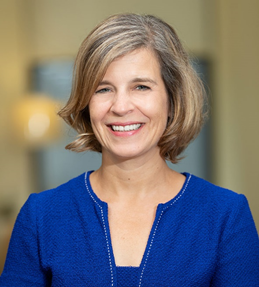 At DFS, Katherine was a member of the Virtual Currency Licensing Committee, and advised the Superintendent on pending license applications.  Under her leadership, DFS initiated multiple enforcement investigations into cryptocurrency businesses.

Katherine previously served as a federal prosecutor in the Southern District of New York, and as a prosecutor in the New York County (Manhattan) District Attorney's Office.  Katherine is an experienced trial lawyer, and has argued multiple appeals before the U.S. Court of Appeals for the Second Circuit.

Katherine also has extensive monitorship and government oversight experience.  She has served as a court-appointed Special Master in the U.S. District Court in the Southern District of New York, and was appointed by the U.S. Securities and Exchange Commission as an Independent Consultant in connection with a settlement between the SEC and the Port Authority of New York and New Jersey.  She also led an investigative team reviewing the activities of a Swiss bank in the course of a regulatory monitorship.  She oversaw compliance reviews for one of the largest construction unions in the United States, pursuant to a federal monitorship.  She has also supervised investigative and audit teams to conduct oversight reviews on behalf of multiple New York City agencies.