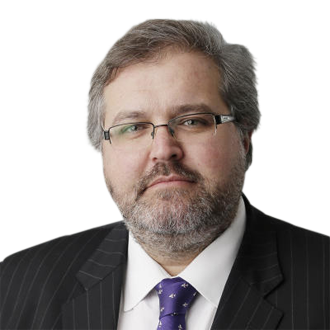 Michael Lundberg is a partner in Quinn Emanuel’s Perth office. He has worked as a litigator for nearly 25 years. Before joining the firm, Michael was a partner at King & Wood Mallesons (formerly Mallesons Stephen Jaques) and was with that firm for almost 18 years, having roles as Partner in Charge of the Perth office and head of the Perth Dispute Resolution Group. Prior to that, Michael worked with the Crown Solicitor’s Office in Western Australia for 7 years.

Michael has acted for clients in a broad range of dynamic sectors, and appeared as counsel in many courts, arbitral bodies and tribunals over the years. He has acted for and advised clients in contractual disputes in the energy and resources sector, joint venture disputes, changes of control and pre-emptive rights disputes, mining royalty claims, claims in the building and construction sector, director and shareholder rights, regulatory investigations, defamation claims and intellectual property matters.

Michael regularly handles medium and large scale disputes in: the Supreme Court of Western Australia and the Federal Court of Australia; international and domestic arbitral proceedings (under the ICC Rules, LCIA Rules, SIAC Rules and GAFTA Rules, among others); and expert determinations.

Michael has been recognised as a leading Australian litigator in the areas of Litigation, International Arbitration, Alternative Dispute Resolution, Professional Malpractice Litigation and Commercial Law.