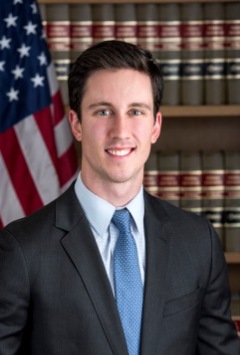 Scott Mills is an associate in Quinn Emanuel’s Los Angeles office.  He joined the firm in 2017.  Prior to joining the firm, Scott worked as a law clerk to the Hon. Manuel L. Real in the Central District of California.  While attending the University of Southern California Gould School of Law, Scott worked for the Post-Conviction Justice Project representing juvenile offenders at resentencing hearings in Superior Court and parole hearings.  As a result of Scott’s work with the Post-Conviction Justice Project, he and the team he worked with were awarded a California Lawyer Attorney of the Year award.