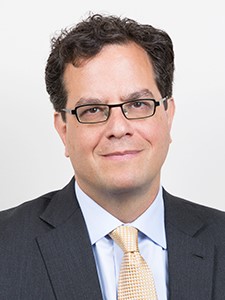 Adam Abensohn is an accomplished trial lawyer, and was named AmLaw’s “Litigator of the Week” after prevailing at trial against Citibank in a high profile matter in 2021.  Mr. Abensohn has also successfully defended a major cosmetics manufacturer in multiple suits alleging asbestos contamination in cosmetic talcum powder, with victories at trial and on appeal.  He has also successfully litigated high stakes claims against the major Wall Street Banks in connection with the 2008 financial crisis.  In addition to having litigated a wide range of civil cases, including disputes involving complex financial instruments and product liability defense, Mr. Abensohn has handled numerous white collar criminal matters and appeals.

Before joining the firm in 2008, Mr. Abensohn was an Assistant United States Attorney in the Eastern District of New York, where he served as lead trial counsel in prosecutions involving charges ranging from insurance and bank fraud to narcotics and gun trafficking, and appeared several times before the Second Circuit.  Mr. Abensohn also served twice as a law clerk to the Hon. Sonia Sotomayor, in the Southern District of New York and in the Second Circuit.  In addition, Mr. Abensohn was an Adjunct Professor for several years at Fordham Law School, and has been a panelist and speaker on a range of topics, including trial practice and large-scale litigation related to the residential mortgage-backed securities crisis.