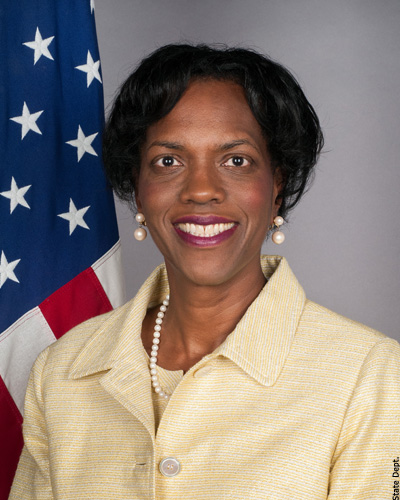 Crystal Nix-Hines is a Partner in the Los Angeles Office where she focuses on class action litigation, internal investigations, complex business disputes, intellectual property and sovereign dispute litigation. Her clients include domestic and multinational corporations, global investment firms, business executives and entrepreneurs and major non-profit organizations. Ambassador Nix-Hines returned to the firm in 2017 after her tenure in Paris, France as U.S. Ambassador to UNESCO. A C-Suite and Board-level strategic thinker, Ambassador Nix-Hines Co-Chairs the firm’s Crisis Law & Strategy Group, advising clients on crisis management and resolution, as well as strategic issues including diversity and inclusion and corporate governance.  She also Chairs the firm’s Education Practice Group and is currently defending numerous universities in COVID-19-related class action litigation. She initially joined the firm in 2008.

A law clerk to Supreme Court Justices Thurgood Marshall and Sandra Day O’Connor, and to Judge William Norris of the Ninth Circuit, Ambassador Nix-Hines excels in formulating legal strategy and persuasive written advocacy that often leads to early resolution at the pleading and summary judgment stages. She has played an instrumental role in significant trial and appellate cases, including two successful cases before the U.S. Supreme Court.

During her ambassadorial tenure, Ambassador Nix-Hines established a proactive, entrepreneurial and constructive mandate for the U.S. Mission that highlighted American leadership and improved organizational governance and effectiveness.  She successfully led United States’ efforts in Paris to secure reelection to UNESCO’s Executive Board – the key decision-making body – as well as launched a series of innovative initiatives, including two global public-private partnerships.

Ambassador Nix-Hines earned a B.A. from Princeton University and a J.D. from Harvard Law School, where she graduated with honors and served as Supervising Editor of the Harvard Law Review. She serves on the boards of Fulcrum BioEnergy Inc. and the California Community Foundation and on the advisory board of Cross River Bank. She previously served for nine years as a Trustee of Princeton University.