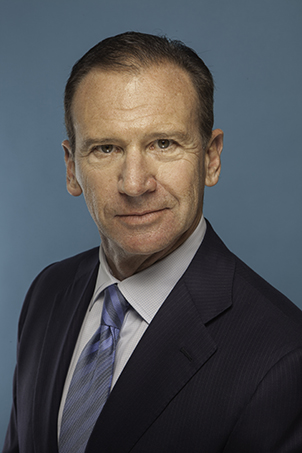 Jim Asperger is a leading national trial attorney and a Fellow of the American College of Trial Lawyers.  He has been repeatedly recognized in Chambers USA - America’s Leading Business Lawyers as a leading lawyer in the field of White-Collar Crime & Government Investigations; The Best Lawyers in America, for “Bet-the-Company and Commercial Litigation”; The International Who’s Who of Business Lawyers; as a Southern California “Super Lawyer” in the fields of business litigation and Bet-The-Company Litigation, and as a Top Trial Lawyer in Los Angeles by the LA Business Journal.  Chambers USA ranks Jim in Band One for White Collar Crime & Government Investigations and praises him as “‘an established star’ and ‘a brilliant courtroom lawyer,’ according to clients, who count upon his ‘proactive and strategic thinking’ in a wide array of white-collar criminal matters.” Chambers also recognizes him as being “a superb choice to handle high-stakes criminal trials and investigations,” whose “clients comment ‘he’s practical and he understands the client and business realities.’” Jim has been named by The Daily Journal as among the “Top 100 Attorneys” in California, and by InterContinental Finance Magazine as one of the top 500 lawyers in the world.  Jim has also been recognized as a 2018 Top Rated Lawyer in Intellectual Property Law by Corporate Counsel and The American Lawyer. Who’s Who Legal has ranked him for Business Crime Defence 2019. Jim recently received the American Lawyer “Litigator of the Week” award for obtaining a $1.1 billion jury verdict on behalf of the California Institute of Technology in a patent infringement trial against Apple and Broadcom Corporation.

Jim is Co-Chair of the Firm’s White Collar and Corporate Investigations Practice, and has tried over thirty cases to verdict, including securities fraud actions, patent claims, and a wide range of other business disputes.  He has extensive experience representing publicly traded companies, audit committees, independent directors, and corporate officers in federal grand jury, SEC and other governmental investigations.  He is an expert in international business crime issues, including the Foreign Corrupt Practices Act, antitrust law, and international financial transactions.  For example, he served as a DOJ appointed monitor of Schnitzer Steel in examining its worldwide anticorruption policies; he represented the International Olympic Committee in the DOJ investigation relating to 2002 Salt Lake City Winter Olympics alleged bribery scandal; he defended a major international airline in connection with DOJ criminal allegations of price fixing, and he has represented senior officers in Foreign Corrupt Practices Act, money laundering and Bank Secrecy Act investigations.