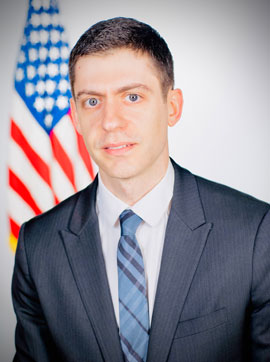 John Bash is a partner in Quinn Emanuel’s Austin and Washington offices. He joined the firm in 2020.  His practice focuses on appellate litigation and internal investigations. Before joining the firm, John served in the United States Department of Justice, first as an Assistant to the Solicitor General and then as the United States Attorney for the Western District of Texas. He also served as Special Assistant to the President and Associate Counsel to the President.

In the Solicitor General’s Office, John argued ten cases in the Supreme Court, briefed twenty cases on the merits, and filed over one hundred certiorari-stage briefs. He also advised the Solicitor General on whether to authorize federal agency appeals and petitions for rehearing, and he collaborated with other components of the Department of Justice and various federal agencies—including the Department of Transportation, the Department of Labor, the Federal Energy Regulatory Commission, the Internal Revenue Service, and the National Security Agency—on important legal issues and national-security matters. His practice in the Solicitor General’s Office encompassed numerous areas of federal law, such as energy regulation, intellectual property, taxation, employee benefits, national security, and criminal law.

As United States Attorney, John oversaw all federal prosecutions in one of the largest and busiest judicial districts in the country—a vast area encompassing the cities of Austin, San Antonio, El Paso, and Waco, as well as the oil-rich Permian Basin region. During his tenure, his office secured many significant convictions. Those included the convictions of a state senator for multiple acts of fraud and bribery; a federal subcontractor that had engaged in a bribery scheme involving hundreds of millions of dollars; and the perpetrators of the largest identity-theft scheme ever targeting U.S. servicemembers and veterans. John also obtained a ninety-count indictment against the domestic terrorist who murdered 23 people during a shooting rampage in El Paso in 2019. In addition to managing the office’s criminal docket, he represented the United States in civil matters, such as suits brought against healthcare providers, government contractors, and other entities under the False Claims Act. While serving as U.S. Attorney, John was appointed to the Attorney General’s Advisory Committee and to the subcommittees for national security and white-collar crime.