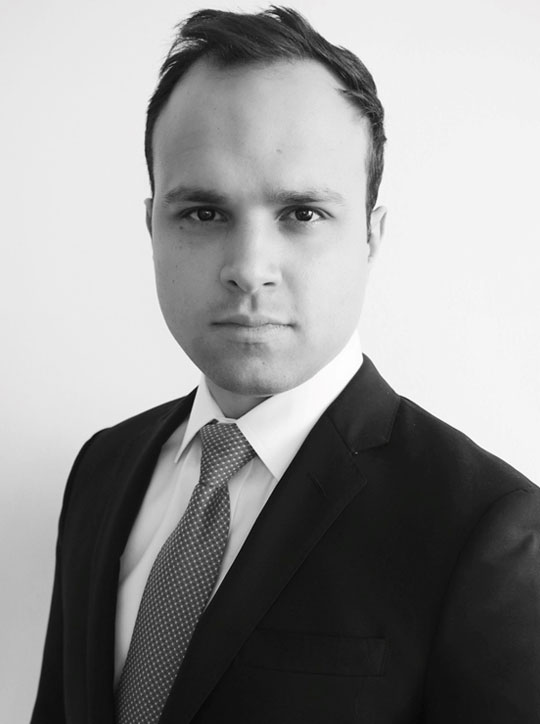 Lucas Bento is Of Counsel in Quinn Emanuel’s New York office. He is dual-qualified in New York and England & Wales. His practice focuses on cross-border disputes, including international litigation, international arbitration, and international investigations. His experience spans energy, finance, technology (including emerging technologies, such as artificial intelligence and blockchain), aerospace, biotechnology, insurance, construction, and healthcare. He also has significant experience representing and advising clients in Asian, European, and Latin American markets (particularly Brazil).

Mr. Bento is President of the Brazilian American Lawyers Association, a Fellow of the Chartered Institute of Arbitrators, and a Visiting Scholar at Columbia Law School. He is the author of the only book on Section 1782 discovery, which is a mechanism that allows a foreign litigant to obtain discovery in the United States for use in a foreign proceeding.  Mr. Bento’s book has also been authoritatively cited by U.S. federal courts, including the United States Court of Appeals for the Second Circuit.  As a result of his expertise, Mr. Bento has advised and successfully represented clients in multiple Section 1782 proceedings, ranging from cases related to multi-billion dollar corporate transactions to more discrete applications involving individuals.

In 2018, Mr. Bento was elected a Fellow of the Royal Society of Arts, in recognition of his contributions to the Legal Profession in both the UK and the U.S.  He is a Solicitor Advocate with rights of audience in the higher courts (civil and criminal) of England & Wales.  Mr. Bento has taught courses on International Arbitration and Dispute Resolution at New York University and Transnational Dispute Resolution at INSPER in São Paulo, Brazil. He has also spoken on international legal issues at the United Nations (New York and Geneva) and in conferences around the world.  He is also a member of the Panel of Neutrals of the Mediation and Conciliation Network, where he is accredited to serve as a mediator, arbitrator, and ombudsman.