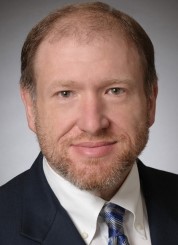 Steven Cherny is a partner in Quinn Emanuel's Boston and New York offices. He was previously a partner at Kirkland and Ellis and at Latham and Watkins, where he was the Global Chair of the firm's IP Group. His practice focuses on patent litigation before the Federal Courts and the United States International Trade Commission.

Steve has been lead counsel in numerous high profile patent cases spanning technologies including medical devices, pharmaceuticals, telecommunications, electronics, financial and business methods and consumer products. He has been twice named Litigator of the Week by The American Lawyer. Chambers described him as “brilliant” and a “very effective patent lawyer,” who draws praise for his “photographic memory of case law” and being “very good in front of juries and very good with judges.” IAM listed Steve as a “world leading patent professional” stating "Steve Cherny is one of the most intellectual people doing this kind of work – a top guy. Because he is so smart, he's great in a bench trial, but he's also brilliant in front of a jury."

Steve has won some of the most important patent cases of the last decade, and holds the record for the largest recovery ever in a patent case – more than $2 billion.

Steve was lead trial counsel for C.R. Bard in a two-month jury trial before the District of Arizona where he obtained a verdict of willful infringement and damages. The court doubled the damages and awarded Bard its attorneys' fees and entered an order mandating that Gore pay Bard 15-20 percent of its revenues on infringing products through the expiration of the asserted patent in 2019—one of the largest compulsory licenses ever. He successfully argued the appeal and the award Steve’s client collected currently stands at over $2 billion—the largest amount ever collected from a single patent. This high profile case was the subject of numerous articles including a cover story of The American Lawyer entitled Blood Money.

Steve was lead trial counsel for C.R. Bard in a two-week jury trial before the District of Delaware where Gore sought a half billion dollars in damages from Bard. Steve prevailed on all defenses with judgment of noninfringement on two grounds and invalidity on three grounds. Steve’s client paid nothing.

Steve was lead trial counsel for Cisco against Arista Networks in 2 landmark trials before the International Trade Commission that excluded all of Arista Networks’ products from importation into the United States. Arista eventually settled and paid Cisco over 400 million dollars.

Steve was lead trial counsel for Medafor Inc. in the District of Delaware, and obtained rare preliminary injunction against competitor CryoLife for infringing important wound treatment patent. Cryolife was unable to reverse that injunction which became permanent and put Cryolife of the infringing business for the life of the patent.

Steve was lead trial counsel for the entire cable television equipment industry including, Cisco, Thomson and Motorola in a case commenced by Rembrandt before the District of Delaware in a case alleging infringement of eight patents and seeking billions of dollars in damages. In a total victory Steve obtained dismissal of all claims, and an award of $51 million attorney fees.

Steve was lead trial counsel for Cisco, Motorola Solutions and NetGear in the landmark multidistrict case of Innovatio IP LLC Patent Litigation tried before the Northern District of Illinois. After a two week bench trial, the court set a Reasonable and Non-Discriminatory (RAND) rate of a mere 9.56 cents per Wi-Fi chip for a license to 19 patents essential to the 802.11 standard—a result lauded by industry and the bar. The case was recognized by the Financial Times as one of the most innovative litigations of the year and has been featured in numerous articles.

Steve was lead trial counsel for Murata Power in a case commenced by Synqor before the Eastern District of Texas. Steve took over representation of Murata after a prior firm had lost a high profile jury trial for Murata against Synqor. Steve prevailed in the follow up trial, where Synqor sought over 45 million dollars in subsequent damages.

Steve was lead trial counsel for Cisco in an action brought by Mosaid before the ITC. Mosaid alleged that Cisco infringed six patents and sought to have the ITC exclude numerous Cisco products from the U.S. market. After losing numerous pretrial motions and being sanctioned by the Commission, Mosaid agreed to dismiss its ITC case against Cisco the day before trial for no money. Steve also was lead counsel for Cisco in an action Chrimar commenced in the ITC. Mere weeks before trial, Chrimar, like Mosaid, gave up and dismissed its case for no money.

Steve was lead trial counsel for K-12 in a case commenced by IPlearn against numerous educational software companies before the District of Delaware. After all the other defendants settled Steve successfully obtained summary judgment that the asserted IPlearn patent is invalid for failure to meet the requirements of 35 USC Section 101. Likewise, Steve was lead trial counsel for Bank of America in a case before the Middle District of Florida by Every Penny Counts. Steve invalidated the asserted patent under section 101 in the first summary judgment of invalidity under that statute after the seminal Bilski case.