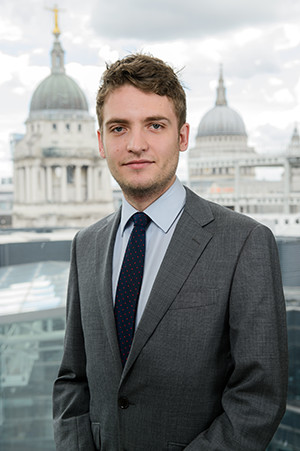 Adrian Forster is a Senior Associate in Quinn Emanuel’s London office. He joined the firm in 2014. Prior to his career as a solicitor, he worked in India as a legal fellow of a human rights organisation; before that, he interned at a United Nations agency.

Adrian’s practice encompasses commercial and financial litigation and arbitration, often spanning multiple jurisdictions and national legal systems. He has acted at all levels of the English Courts, before the Court of Justice of the European Union, and in LCIA and ICC arbitrations.

Adrian has acted for a broad range of clients, including investment funds, corporates, high net worth individuals, and insolvency office-holders. He has a particular interest in the energy, finance/project finance, and investment fund sectors, and has recently begun to develop his experience of sports matters. In addition to general commercial and financial disputes, he has experience of complex fraud and conspiracy, joint venture, shareholder, and partnership disputes, and insolvency and contentious restructurings. He has worked with litigation funders.

Who’s Who Legal has ranked Adrian as a Future Leader since 2018, commenting that he “ranks highly among peers thanks to his great breadth of experience handling high-value commercial litigation and arbitration proceedings, most notably involving finance and shareholder issues”.

Adrian is active as a volunteer for an East London charity supporting vulnerable and marginalised people and takes on a range of pro bono work, including through the RCJ’s pro bono clinic.