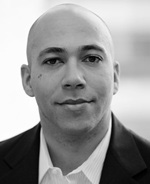 Justin C. Griffin handles a broad range of complex commercial litigation in federal and state courts, and arbitration. He has litigated cases in nearly every major practice area of the firm, including antitrust, trade secrets, patents, fraud and breach of contract, class actions, and product liability. Mr. Griffin has tried cases in state and federal courts throughout the country before both judges and juries and, whether representing a Fortune 500 company, an investment fund, or an individual, his practice focuses on solving his client’s most difficult legal challenges. He was named a Southern California “Rising Star” by Super Lawyers Magazine from 2014 – 2016. Before law school, Justin played professional baseball in the Cleveland Indians’ organization.