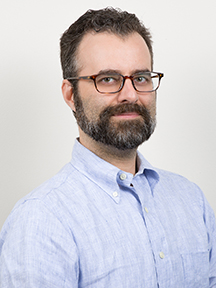 Andrew Kutscher is Of Counsel in the firm's New York office where his practice is focused on securities, structured finance, business tort, and antitrust litigation in federal and state court.

Mr. Kutscher has substantial experience in high-stakes complex commercial, financial and contractual disputes as well as regulatory hearings.  Mr. Kutscher has also litigated disputes concerning bankruptcy, foreclosure under the Uniform Commercial Code, and fraud.  Among other high profile matters, Mr. Kutscher represented the Federal Housing Finance Authority in its landmark actions against numerous financial institutions that resulted in approximately $25 billion in recovers and is currently a member of a team that is one of the Court-appointed Lead Counsel in In re Interest Rates Swaps Antitrust Litigation, representing a proposed class of investors in interest rate swaps, alleging that the major dealer banks conspired to prevent the development of competition in this market.  Mr. Kutscher was also recently on a team that was one of the Court-appointed Lead Counsel in In re Credit Default Swaps Antitrust Litigation, which resulted in one of the largest antitrust class action settlements in history ($1.87 billion), and represented the Lehman Brothers Creditors' Committee in a lawsuit against JPMorgan as part of the largest bankruptcy in the history of the United States .

During his time at Columbia Law School, Mr. Kutscher was a Senior Editor of the American Review of International Arbitration.

In 2020, Mr. Kutscher was recognized by Thomson Reuters Super Lawyers as a “Rising Star” in Business Litigation.