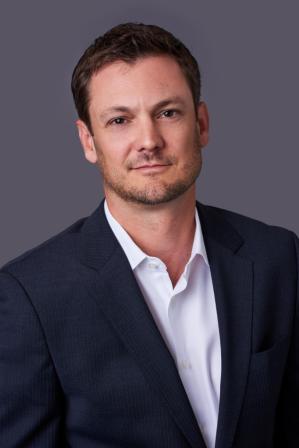 Alex Lasher is a partner in the Washington, D.C. office and head of the firm’s International Trade Commission (ITC) Section 337 practice.  He has practiced before the ITC for more than eighteen years, representing complainants, respondents and third parties in more than seventy Section 337 investigations.  Mr. Lasher and his colleagues at Quinn Emanuel won Managing IP’s award for “Best ITC Practice” in the United States in two consecutive years.  He has been ranked consistently in IAM Patent 1000, Chambers and Legal 500 USA.

Certain Radiotherapy Systems and Treatment Planning Software (ITC 2015): Represented Varian Medical Systems in a patent-based investigation against Elekta AB.  Trial was held in June, and the ALJ found a violation in October 2016. The case settled favorably prior to a final Commission determination.

Certain Light-Emitting Diode Products, (ITC 2015): Represented Cree in a Section 337 investigation for patent infringement and false advertising against Respondents Feit Electric and Unity Optoelectronics.  The case was tried in October 2015, and the ALJ found a violation of Section 337 based both on patent infringement and false advertising.  The ALJ also imposed monetary and evidentiary sanctions against respondents for discovery abuse. The case settled favorably prior to a final Commission determination.

Certain Opaque Polymers (ITC 2014): Represented Complainants The Dow Chemical Company and Rohm and Haas against Turkish producer Organik Kimya for patent infringement and trade secret misappropriation relating to hollow-sphere polymers used in paints.  After finding widespread spoliation by respondents leading to sanctions of default and monetary penalties, the Commission found a violation and issued an exclusion order and cease and desist orders in April, 2015.

Certain Electronic Imaging Devices (ITC 2011). Defended a global telecommunications company in a camera-related patent dispute brought by Flashpoint. The case was settled prior to trial.

Certain Mobile Telephones and Wireless Communications Devices Featuring Digital Cameras (ITC 2010): Represented the most well-known photography company in the world against Apple and RIM at the Commission level following an unfavorable initial determination, obtaining a remand to a new Administrative Law Judge.

Certain DC-DC Controllers and Products Containing Same (ITC 2010): Represented a Taiwanese semiconductor company in seeking relief for patent infringement and trade secret misappropriation. The respondents filed a consent order agreeing not to import accused products on the eve of trial.

Certain Welding Bulk Welding Wire Containers and Components Thereof and Welding Wire (ITC 2010): Defended a European welding wire supplier against allegations of infringement. The case was tried in 2010, and the Commission found no infringement and terminated the investigation.

Certain Catheters, Consoles, and Other Apparatus for Cryosurgery (ITC 2008): Defended a small Canadian medical products company in bet-the-company litigation brought by its market rival CryoCor, Inc., which settled favorably prior to trial. Immediately thereafter, our client was acquired by Medtronic.

Certain R-134a Coolant (otherwise known as 1,1,1,2-tetrafluroethane) (ITC 2008): Represented a global chemical company in an investigation against Sinochem for infringement of a patented process of producing an ozone-friendly refrigerant. The investigation was settled favorably on appeal.

Certain Hard Disk Drives (ITC 2008): Defended a California-based hard disk drive manufacturer in an investigation brought against hard drives and computers that contain them. Complainant withdrew its case prior to trial.

Certain 3G Mobile Handsets (ITC 2008): Defended a global telecommunications company in an investigation brought by Interdigital Communications LLC. The ITC found non-infringement of any of InterDigital's patents and terminated the investigation.

Certain Nitrile Rubber Gloves (ITC 2008): Obtained a finding of no violation based on invalidity on behalf of a global medical equipment supplier and its affiliates in an investigation regarding medical examination gloves.

Certain Mobile Telephone Handsets (ITC 2007): In one of the largest global intellectual property wars ever, we represented a global telecommunications company in multiple cases in the United States, including an I.T.C. action, and coordinated cases in the U.K., France, Italy, Germany, Finland, Holland, and China.  The Administrative Law Judge denied the plaintiff’s request to enjoin our client from importing its handsets into the United States.  It also held that none of the three asserted patents were infringed and that one was invalid under KSR Int'l v. Teleflex.  This provided a complete defense victory—allowing our client to continue importing hundreds of millions of handsets into the United States—and set the stage for a global settlement on the eve of trial in another case in Delaware.

Certain Encapsulated Integrated Circuits (ITC 2003): Obtained finding of no violation based on invalidity for Carsem in a Section 337 investigation lasting more than seven years.