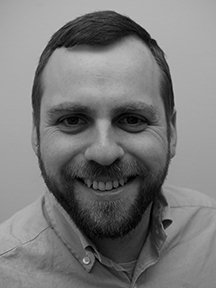 David Mader is a partner in Quinn Emanuel’s New York office.  He litigates high-stakes complex commercial disputes, with a focus on disputes involving derivatives and other complex financial instruments.  He has represented clients in litigation involving financial markets, instruments, and data; corporate takeovers; energy and resource delivery contracts; and trade secret misappropriation.  David is also a member of the firm’s Appellate Practice, and he has represented clients in appeals relating to environmental response and cleanup actions; oil and gas exploration; extra-territorial jurisdiction and discovery; and other complex commercial matters.

Previously, David represented the Lehman Brothers Creditors’ Committee in multi-billion dollar lawsuits against Citibank and Credit Suisse regarding the valuation of derivatives, including in a four-month trial against Citibank culminating in a $1.74 billion settlement.  In 2019, David obtained a precedent-setting decision in the United States Court of Appeals for the Second Circuit establishing the applicability of 28 U.S.C. § 1782, the foreign proceeding discovery statute, to materials located outside of the United States.

Prior to joining the firm, David served as a law clerk to then-Chief Judge Dennis Jacobs of the United States Court of Appeals for the Second Circuit, and to Judge T.S. Ellis III of the United States District Court for the Eastern District of Virginia.  He received a Bachelor of Arts, with first class honours, from McGill University, and a J.D., with high honors, from the University of Texas, where he was an articles editor of the Law Review.