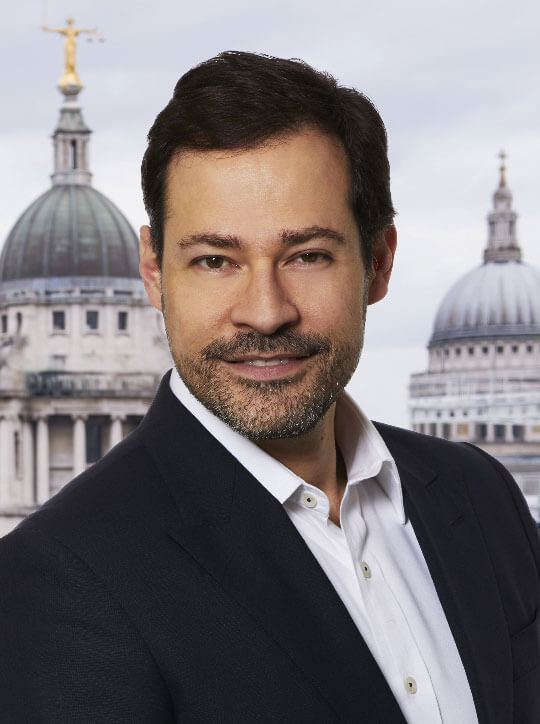 Andre Luis Monteiro is Of Counsel in Quinn Emanuel’s London office. Andre is a Brazilian and Spanish national with deep connections to Latin America, in particular to the business and legal community in Brazil. He has 15 years’ experience in arbitration and litigation. His practice focuses on international arbitration and international litigation, often encompassing shareholders’ disputes, construction projects and insurance contracts, and his experience spans many sectors, including oil and gas, mining, logistics, infrastructure and tech. He has advised large Brazilian companies on disputes abroad as well as large foreign companies on disputes in Brazil. Andre has published three books (Teoria Geral da Arbitragem, 2018; Novos Temas de Arbitragem, 2014; and Temas de Arbitragem, 2010) as well as more than forty essays on arbitration and corporate law in Brazil. His texts have been cited by the Superior Court of Justice (the highest court in Brazil for non-constitutional matters) in several high-profile cases. He was part of the group who drafted three amendments to the Civil Procedure Bill, which are now incorporated in Brazilian Law (Articles 189(4), 237(4) and 1.015(3) of the New Code of Civil Procedure). In other legislative work, he conducted research for the Committee of Jurists in charge of drafting the First Amendment of the Brazilian Arbitration Act, which became Law nº 13.129/2019. He is currently acting as a consultant for the OECD (The Organisation for Economic Co-operation and Development) on a project investigating class arbitration in shareholders’ disputes in Brazil. He has consistently been ranked in arbitration and litigation by Who’s Who Legal and Chambers & Partners. Who’s Who Legal says “Andre Luis Monteiro is ‘an outstanding and driven professional’ with ‘first-class thought leadership” (2019). Andre is also the Legal Counsel of the EDUCA Foundation (a UK charity that funds educational projects in Brazil). He regularly delivers speeches on arbitration in Brazil, the UK and continental Europe. Andre is on the list of arbitrators of Brazilian arbitral institutions and he is one of the organisers of the Oxford Arbitration Day, the University of Oxford’s annual event on arbitration. Prior to joining Quinn Emanuel in 2019, Andre spent 14 years practicing at an arbitration-litigation boutique in Sao Paulo and Rio de Janeiro. He is fluent in both English and Portuguese and has professional proficiency in Italian and Spanish. He has a Masters’ Degree and a PhD from Brazil and did his post-graduate studies at the University of Oxford (Harris Manchester College) and Queen Mary – University of London.