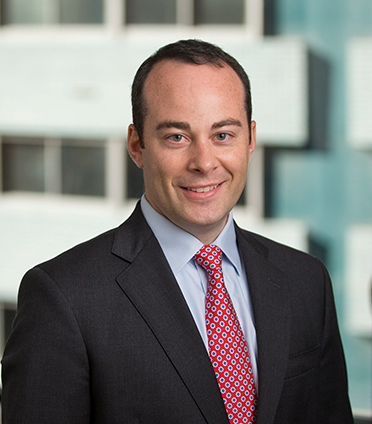 Luke Nikas is a partner in the firm’s New York office.  His clients entrust him with their most significant legal challenges, in both trials and appeals.  He is widely recognized as one of the top lawyers in the country and has been selected as a Law360 MVP and named to Lawdragon’s list of the 500 Leading Lawyers in America, Lawdragon’s list of the 500 Leading Plaintiff Financial Lawyers in the category of Business Litigation, Benchmark Litigation’s “Under 40 Hot List,” Crain’s New York 40 Under 40, the New York Law Journal’s list of Rising Stars, the Best Lawyers in America, and the Super Lawyers list by New York Super Lawyers.  He has been described in The Legal 500 as “whip-smart,” in Lawdragon as a “litigation star,” and in Chambers USA as “a sharp litigator and tough lawyer who knows how to do aggressive … litigation when the stakes are high.  He is very good at what he does.”  Chambers USA further states that “Luke is an exceptional attorney,” a “really, really smart” and “fearsome lawyer” who “sees the big picture and . . . [is] a great lawyer to have on your side,” and is “absolutely amazing on his feet; he can come into court and have no notes.  His trial experience and ability to convey and argue for clients is just top-notch.” Luke has also been praised for his highly creative solutions in seemingly intractable cases:  in a recent matter, Reuters lauded Luke for his “uncommonly interesting lawyering” and called his strategy a “pièce de résistance” and “surprise move” that “completely blindsided” his opponents.  He has been honored as a “Litigator of the Week” by The American Lawyer.

Luke represents individuals and companies in almost every type of litigation across the globe, including in an array of industries such as art, advertising, banking, consumer goods, law firm business, insurance, pharmaceutical, health care, professional sports, media and entertainment, technology, and real estate.  He has represented numerous Fortune 50, 100, and 500 companies, celebrities and other prominent individuals, and high-net worth individuals, and has been called upon as a trusted advisor by these and other clients involved in highly sensitive matters that require sound judgment and discretion and in disputes where civil, criminal, and public relations concerns intersect.  Among several other cases, Luke recently prevailed at trial in a multi-million dollar dispute between two managing partners of a significant New York City law firm, obtained the dismissal of a $400 million class action against a New York City real estate firm, won an appeal in the New York State Court of Appeals on behalf of workers who cleaned up downtown Manhattan after 9-11, and won hundreds of millions of dollars on behalf of clients in antitrust price-fixing cases.  During the credit crisis, Luke advised several investment banks regarding approximately $200 billion in troubled credit transactions.

Luke also is Co-Chair of the firm’s Art Litigation and Disputes Practice and has one of the most prominent and successful art litigation practices in the world.  A prominent art publication called him one of the most “highly influential” art lawyers in the world after he led the defense in an art forgery case dubbed by ArtNews as “The Art Trial of the Century.”  The media has called him a “star art litigator,” he was awarded the 2021 “Art Lawyer of the Year” by Best Lawyers, he’s been described in the New York Times as a “top art lawyer,” and Reuters has observed that “[i]f there’s a high-stakes fight in the art world, there’s a good chance … Luke Nikas is front and center.”  He represents several of the most significant participants in the art world, including major artists, art foundations, museums and museum directors, art collectors, dealers, galleries, auction houses, conservators, and art investment companies.  Among several other matters, he has recovered priceless works of art by Andy Warhol and Pablo Picasso; prosecuted and defended fraud, contract, negligence, and racketeering cases involving allegations of forgery and problematic provenance; located stolen artwork in foreign jurisdictions and countries; litigated disputes regarding art contracts and transactions, ownership of art, and transfers under the UCC; obtained insurance coverage for clients facing art-related lawsuits; advised catalogues raisonné about litigation risk management; handled numerous copyright and trademark matters for artists, companies, and foundations, including issues related to fair use, non-infringement, the Digital Millennium Copyright Act, and the Architectural Works Copyright Protection Act; and advised prominent individuals regarding repatriation issues.  He has also advised clients regarding the sales and attempted sales of NFTs, and recently obtained a preliminary injunction in federal court that successfully prevented the sale of an unauthorized NFT of a well-known music album.

Luke is sought after for his expertise and commentary.  He has been profiled and interviewed extensively, including by Bloomberg, Gagosian Quarterly, and Lawdragon.  He has been interviewed by Anderson Cooper on CBS’s 60 Minutes, CNBC’s show American Greed, and for various podcasts, movies, a Netflix documentary, news articles, and publications.  He co-founded an international arbitration court, called the Court of Arbitration for Art, that is dedicated to the resolution of art law disputes and was nominated for “Best Innovation” in the field of arbitration by the Global Arbitration Review.  He has also given numerous lectures and presentations, including at the New York State Legislature, National Arts Club, Columbia Law School, New York University Law School, University of Southern California Intellectual Property Institute, Mondo.NYC music conference, Sotheby’s Art Institute, the Gagosian Artists’ Archives & Estates Symposium, the New York City Bar Association’s Art Law Committee, and the International Arbitration Club of New York.

Luke has deep experience representing clients in disputes arising out of several industries, including the following notable matters: