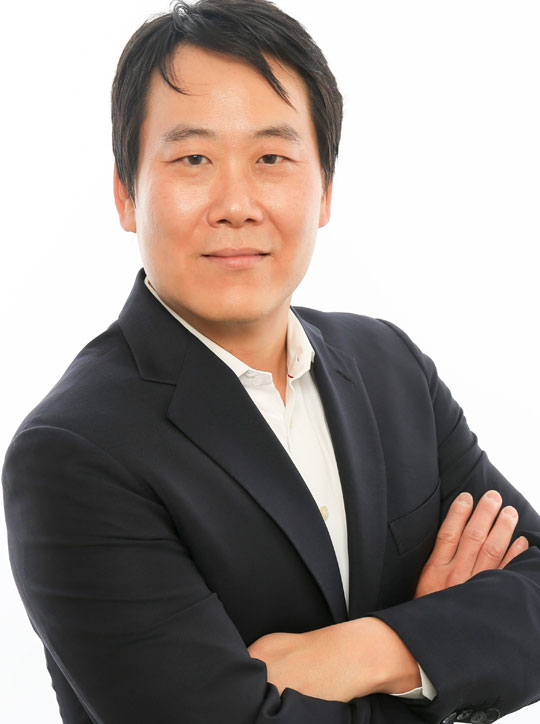 Sean is Co-Chair of the firm’s National Intellectual Property Litigation Practice.  Sean is a trial lawyer with extensive experience in litigating patents, trade secrets, copyrights and other intellectual property in “bet the company” cases on behalf of both plaintiffs and defendants.  As noted in Chambers USA 2019, “he has all of the trial skills you’d hope for, an unusually deep technical background and is one of the best at jumping into the subject matter and coming up with creative solutions.” In 2022, Sean’s work as lead counsel in the KeyMe trial was featured as one of two cases by Law360 in recognizing the firm with its “Trials Group of the Year” award. (https://www.law360.com/articles/1447541)

Sean led a diverse team of trial lawyers from Quinn Emanuel against three separate law firms in one of the first trade secret cases to be tried solely under the Defend Trade Secrets Act (DTSA).  The firm represented leading cybersecurity company, Proofpoint, Inc. and its subsidiary, Cloudmark LLC, in a case involving misappropriation of trade secrets and infringement of copyrights by Vade Secure and its Chief Technical Officer, Olivier Lemarie, who had taken trade secrets and confidential source code with him after he left Cloudmark.  After a three-week live jury trial, and one week of deliberations, the jury returned a verdict in Proofpoint’s favor, finding that Vade Secure had willfully and maliciously misappropriated 15 different trade secrets owned by Proofpoint, and had infringed Proofpoint’s copyrights.  The jury awarded approximately $14M in compensatory damages.  (https://www.crn.com/news/security/vade-secure-to-pay-proofpoint-14m-for-trade-secret-theft-jury)

Sean was lead trial counsel on behalf of KeyMe, and obtained a complete defense verdict from a jury in a six-patent case in the Eastern District of Texas, before Judge Gilstrap.  KeyMe provides more than 4,000 automated key-duplicating machines throughout the United States.  Built with industry-leading software, KeyMe’s machines use artificial intelligence to recognize hundreds of different key types and to create new keys for customers that work better than the original.  Plaintiff, The Hillman Group, also offers self-service key duplicating machines, albeit using older technology.  Hillman had put a self-service key duplicating machine into the market before KeyMe did, but once KeyMe entered, its superior technology allowed it to displace Hillman from multiple retailers.  Over the week-long jury trial, the firm demonstrated, first, that Hillman had not invented self-service key duplicating machines, citing to prior art as well as the IPR proceedings.  Second, the firm demonstrated that from the very beginning, KeyMe had deliberately chosen to develop AI-based technology that differed from the outdated, mechanical technology used by Hillman.  After a brief deliberation, the jury returned a verdict that KeyMe did not infringe any of the 18 patent claims asserted by Hillman, and also invalidated a majority of the asserted claims.  The firm’s trial strategy and defense verdict were featured in an article published by Recorder and Texas Lawyer. (https://www.law.com/texaslawyer/2021/04/14/how-quinn-emanuel-persuaded-an-e-d-tex-jury-to-award-nothing-in-a-patent-case/)

Sean was co-lead counsel for Qualcomm in its global dispute against Apple.  In January 2017, Apple launched an offensive litigation campaign against Qualcomm, alleging in multiple lawsuits that Qualcomm’s licensing practices were anticompetitive and seeking declaratory judgment of non-infringement of several Qualcomm patents.  Along with its litigation assault, Apple also convinced its contract manufacturers to stop paying Qualcomm any licensing fees.  Our firm worked with Qualcomm to put together a cross-border counter-offensive against Apple.  This litigation counterattack for Qualcomm spanned more than nine lawsuits in five different tribunals across multiple continents.  Leveraging its extensive portfolio, which covers a range of key technologies for mobile devices including graphics processing, data networking and processing, image enhancement, and power management, Qualcomm quickly demonstrated through its tactical patent cases the breadth and value of its patents.  Qualcomm’s success in litigation established the financial and practical significance of its inventive technology, underscoring the fairness of its licenses.

The in-court demonstration of Apple’s infringement resulted in three significant showings of the portfolio’s strength.  A Southern California jury verdict awarded a royalty of $1.41/unit on Apple’s infringing products and two separate ITC Investigations resulted in findings of infringement.  The second ITC case resulted in an impending exclusion order that would affect all of the newest and future iPhones after Apple’s extensive public interest arguments based on 5G and competition were soundly rejected by the ALJ.  Sean was one of two lead attorneys for Qualcomm in each of these matters, handling numerous witness examinations and arguments during trial.  These results helped drive the successful settlement of the parties’ global dispute before any of Apple’s offensive claims were ever heard by a jury, resulting in billions of dollars of chip sales and licensing revenues for Qualcomm.  (https://timesofsandiego.com/business/2019/03/15/ qualcomm-stock-rises-after-victory-in-patent-suit-against-apple/)

Sean was the lead trial counsel for Varian Medical Systems in a global patent litigation dispute against its primary competitor Elekta involving numerous patents on cancer treatment technologies across numerous jurisdictions including the International Trade Commission, District of Delaware, Northern District of California, Germany and United Kingdom.  Sean and his team were able to obtain a highly favorable settlement for Varian, after an ITC victory on behalf of Varian in which Elekta was found to infringe multiple, valid patents owned by Varian.  (http://www.ipwatchdog.com/2016/11/15/tic-recommends-exclusion-order-radiotherapy-cancer-treatment/id=74701/)

Sean was one of two lead counsel for plaintiff Viasat in a complex patent and contract breach case against Space Systems/Loral involving broadband satellites, which resulted in a jury verdict of $283 million for ViaSat in the Southern District of California.  In 2014, Sean won “Milestone Case of the Year” at the Managing IP North America Awards for his Viasat jury verdict.  Sean also won Top Verdict of 2014 by The National Law Journal, Top 10 Plaintiff Verdict by Dollar by the Daily Journal, and Top California Verdict of 2014 by The Recorder, achieving the highest dollar amount across all categories. (https://www.law360.com/articles/531777/jury-awards-viasat-283m-in-satellite-patent-row)

Sean also obtained a complete defense verdict as trial counsel in a multi-patent jury trial in Delaware on behalf of Symantec, defeating a claim for damages exceeding $1 billion.  Sean was also trial counsel on behalf of defendant Samsung Electronics in the second “smartphone” patent trial brought by Apple in the Northern District of California, in which all Apple patents defended by Sean and his team were found to be not infringed and Apple received less than six percent of its damages claim on the remaining patents defended by the Firm.

At the International Trade Commission, Sean has served as trial counsel for respondent HTC in the ITC investigation (337-TA-710) initiated by Apple, and trial counsel for respondents NVIDIA, STMicroelectronics, MediaTek, Cisco, and Motorola in the ITC investigation (337-TA-753) initiated by Rambus.  In both cases involving billions of dollars in product sales, the ITC Commission found no violation for all claims defended by the Firm.  In addition to trial victories, Sean has secured dispositive summary judgment victories for his clients in various venues, including the Eastern District of Texas,  the Northern District of California, the District of Delaware and the Western District of Washington.

According to the 2016 IAM Patent 1000: The World’s Leading Patent Professionals guide, “Sean Pak’s star is in rapid ascendance thanks to major victories, such as his $283 million jury verdict for satellite designer and developer ViaSat in a dispute with a contractor.”  In the 2014 version of the same guide, Sean was described as “the complete package, combining a great understanding of the finer technical elements to a case with superb trial craft and courtroom presence.  He has a calm disposition, but can be aggressive when he needs to be.”  In 2013, Sean was named an Intellectual Property Rising Star under the age of 40 nationwide by Law360.  In the 2008 Legal 500 USA guide, Sean was recognized for his patent litigation work.  Also in 2008, The Times of London named Sean a “Future Star of America” and cited his “intellectual prowess, industry expertise, and people skills.”