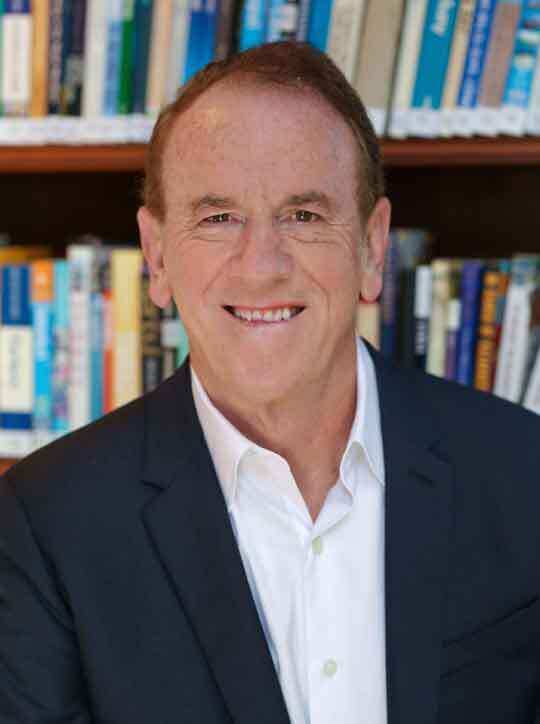 Listen to John on the Law Disrupted Podcast

John B. Quinn enjoys a unique, dual status in the legal profession.  Widely regarded as one of the top trial lawyers in the world, he is equally well-known as the founder of Quinn Emanuel Urquhart & Sullivan LLP – a global litigation colossus without equal.  Since founding the firm with three other lawyers in Los Angeles in 1986, Quinn has built an institution which the Wall Street Journal  has termed a “global litigation powerhouse.”  Meanwhile, his reputation as a “legal titan” (Los Angeles Daily Journal) and a “known litigation genius” (Chambers) has only grown.

Chambers and Partners calls Quinn “One of California’s Leading Litigators.” Quinn has consistently been ranked Band 1 by Chambers USA for General Commercial and Trial Litigation in California & Nationwide. In 2009, he was named “California Attorney of the Year” by California Lawyer for “extraordinary achievements” in intellectual property law.  California Law Business recognized Quinn as “One of the Top 3 Trial Lawyers of Choice by General Counsel in California.  But his recognition extends far beyond California.  Euromoney Institutional Investor calls Quinn “One of the World’s Leading Litigation Lawyers” and he is listed for litigation in Euromoney’s Best of the Best (Global) Expert Guide 2018.  The National Law Journal named him among its “Litigation Trailblazers & Pioneers.”  He was identified as “Legal Legend” in the 10th Anniversary edition of the Lawdragon: The 500 Leading Lawyers in America. Most recently, he was named “Litigation Star” in the 15th edition of Benchmark Litigation.  A 2016 poll of journalists conducted by Bloomberg LP’s Big Law Business named him one of the two “most famous practicing lawyers in the world” at large law firms – with Quinn winning the readers’ poll outright.

Quinn has also won extensive recognition as a law firm leader.  The American Lawyer’s Transatlantic Legal Awards have twice named him “Transatlantic Law Firm Leader of the Year.”  In 2013, The American Lawyer named him one of the top 50 legal innovators of the last 50 years.  Describing him as a “master strategist,” American Lawyer  hailed Quinn for his unique vision in building a litigation-only global firm and for his decision not to represent major banks so that the firm could go against them in court.

Under Quinn’s leadership, Quinn Emanuel Urquhart & Sullivan has seen staggering success, growing to 25 offices on four continents, with over 800 lawyers generating more than $1.3 billion in annual revenue.  For the last several years, it has been ranked by The American Lawyer as the second-most profitable law firm in the world.  Remarkably, it has achieved this growth without a single merger.  Skilled trial lawyers from all over the world flock to the unique culture that Quinn has created.

That culture has been integral to the firm’s success.  Partners are encouraged to pursue their passions for cases in financial litigation, white-collar defense, intellectual property, antitrust, entertainment, professional sports, and other areas.  Meanwhile, they win.  In addition to winning defense verdicts in cases others thought unwinnable, the firm has in recent years recovered over $50 billion for clients in plaintiffs’ cases.  The firm has consistently been listed among the “Most Feared” – BTI Consulting Group’s annual list of the four most feared litigation firms in the world.

Quinn served as General Counsel to the Academy of Motion Picture Arts and Sciences for 33 years. His firm currently acts as the primary outside counsel for the organization, regularly advising on issues of intellectual property, contracts, non profit corporate governance, and myriad issues related to the annual Awards broadcast and the soon to open Academy Museum. Over the years, on behalf of the Academy, Quinn has litigated and prevailed in cases that establish the copyright protection of the “Oscar” statuette, the enforceability of the “winner’s agreement” that prevents award winners and their heirs from selling Academy Award statuettes, and the enforceability of the Academy’s rules for award eligibility, among other issues.

He is an avid hiker and co-owner of Q, an omakase sushi restaurant in downtown Los Angeles.

Video Watch my video: "Your Contract Counter Party Tells You That They Will Not Perform Because of Force Majeure"

Video The Witness Needs Help—Preparing a Witness for Deposition