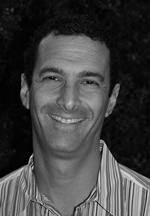 Jeff Shandel is an associate in Quinn Emanuel’s New York office. He joined the firm in 2007. Jeff’s practice focuses on high-stakes, complex commercial litigation, with a particular emphasis in class actions, antitrust, unfair competition, partnership, and general business disputes. Jeff has represented companies and individuals in a wide variety of disputes ranging from $2 million to over $2 billion, and he has tried and litigated cases in state and federal courts throughout the country, as well as before multiple arbitration forums. He has an M.B.A. in Finance from New York University’s Leonard N. Stern School of Business and, prior to joining the firm, Jeff worked as an appellate court attorney for the Supreme Court of the State of New York, Appellate Division, Second Department.