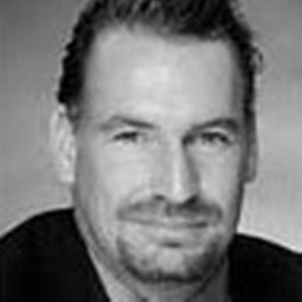 Samuel B. Shepherd (In Memoriam)

In Memory of Sam Shepherd

On July 15 2014, Quinn Emanuel partner Sam Shepherd died of heart failure at age 48. He was far too young.

Sam was one of the firm’s first summer associates, associates and partners in an era when the firm had 20 lawyers and one office. Twenty-three years later, the firm still benefits from Sam’s influence. He was a unique person.

Sam grew up in the Boston area and was an avid athlete.  One of his teammates on his high school basketball team was N.B.A. Hall of Fame center Patrick Ewing. Sam enjoyed telling people he was the only member of the team who could not dunk. After high school, Sam played one year of football at Southern Methodist University in Texas. He had dreams of playing for his beloved Dallas Cowboys in the National Football League, but the one year at SMU taught him that professional football was not in his future. He transferred to Bowdoin where he continued to play sports, but academics became his first priority. Sam graduated Phi Beta Kappa and was the class speaker at his graduation.

Sam was admitted to the joint JD/MBA program at the University of Chicago. He was proud of the fact that he paid for graduate school by working at an Irish pub that he owned. Many of his friends say that patrons came to the pub more to talk to Sam than to drink Guinness. That is not surprising because Sam had a magnetic personality that drew people to him. He graduated in 1992 and immediately started work at Quinn Emanuel.

Sam’s performance as an associate at the firm was stellar. He assumed partner level responsibility almost immediately, making court appearances, taking depositions, and actually trying a case as a third year associate. Sam was elected partner when he was only four years out of law school—a firm record that stands to this day.

Sam was enthusiastic about everything he did—including legal work. He loved being a lawyer. He also loved the underdog. When he was just three years out of law school, Sam tried—and won—a case for a would-be sheriff’s deputy who claimed he was discriminated against because he was colorblind. That was just one of Sam’s unusual cases. He tried a case for a sports agent who claimed he had been bitten by a poisonous spider on an airplane. He once deposed a plaintiff in an employment case who kept a vial of her boss’s blood around her neck.  Because of Sam’s charisma and gift for making friends, generating contacts and clients came naturally and he made many long-lasting and loyal business and personal relationships all over the U.S.

Sam loved children. Many Quinn Emanuel lawyers have fond memories of Sammy making their kids laugh and squeal with glee. Just four years ago he got his own child to play with when his daughter Shelby was born. Sam loved her. We all wish the two of them could have more time together.

Nobody who met Sam will forget him.  He was an important contributor to Quinn Emanuel.  We will miss him.
*  *  *
Samuel B. Shepherd became a partner in four years, the fastest in the firm's history. Mr. Shepherd's practice focuses on employment litigation, qui tam litigation, intellectual property and other complex business litigation in state and federal court.