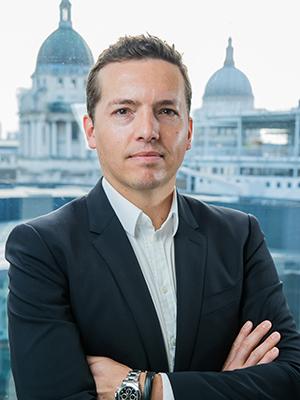 Dr. Anthony Sinclair specialises in international commercial arbitration, investment treaty arbitration, and public international law. His work spans a broad range of industry sectors, with particular focus on the oil and gas, energy and mining, telecommunications, infrastructure and utilities sectors, especially in emerging markets, as counsel and arbitrator. His experience includes handling disputes under ICC, LCIA, ICSID and UNCITRAL arbitration rules arising out of concession agreements, licences, production sharing and operating agreements, joint ventures, EPC and other construction agreements, host government and inter-governmental agreements, management and service agreements, distributorships, investment agreements, financing agreements and derivatives and post-M&A matters. He also has extensive experience as counsel for both private investors and States handling disputes under bilateral investment treaties (BITs) and the Energy Charter Treaty (ECT), and has also been counsel in several ICSID annulment proceedings. He has advised States on the negotiation and drafting of treaties, headquarters agreements and intergovernmental agreements.

Anthony is co-author of the second edition of The ICSID Convention: A Commentary (Cambridge University Press, 2009), and widely published in the field of international investment law and international arbitration. He has a Ph.D. from the University of Cambridge on the subject of “State Contracts in Investment Treaty Arbitration”. Chambers & Partners calls Anthony “simply terrific” (International Arbitration, 2012) and “especially acclaimed for his knowledge of investment treaty matters and for his academic prowess” (Public International Law, 2014). Legal 500 says “Anthony Sinclair has ‘fantastic analytic skills and a broad range of PIL knowledge’,” (Public International Law, 2012). He is rated by Who’s Who Legal (Commercial Arbitration) and in 2011 was named one of Global Arbitration Review’s “45 under 45” leading arbitration practitioners.