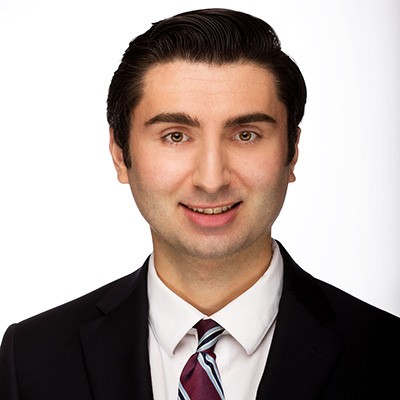 Mike Trombetta is an associate in Quinn Emanuel’s San Francisco office. His practice primarily focuses on intellectual property litigation matters, such as cases involving claims of patent infringement, copyright infringement, trade secret misappropriation, and breach of contract. He has represented clients in numerous forums, including the International Trade Commission and various state and federal courts. In November 2020, Mike was an integral member of a Quinn Emanuel jury trial team that won a complete, walk-away defense verdict on all asserted patents in the Eastern District of Texas.

Prior to joining the firm, Mike worked as a law clerk to the Honorable Robert W. Schroeder III in the United States District Court for the Eastern District of Texas. He graduated from the University of Michigan Law School, where he was a Comments Editor for the Michigan Journal of Law Reform, and holds a B.S. degree in Electrical Engineering from the University of Connecticut. As an undergraduate, he published a peer-reviewed journal article on phase change memory devices and presented at the 2013 Materials Research Society Spring Meeting.

In 2020, Mike received an award from the San Diego Volunteer Lawyer Program for his outstanding dedication to pro-bono. He has tirelessly advocated for his clients in guardianship and social security disability proceedings.