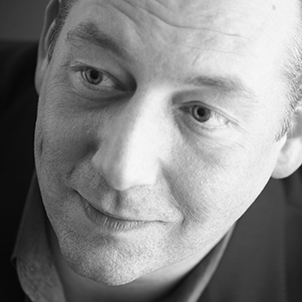 Mike is a partner with more than 25 years’ experience in intellectual property law and complex commercial litigation, including patent, copyright, trademark and trade secret suits, as well as contract and licensing disputes, for a broad range of leading technology, media and entertainment companies.

Mike has been frequently named by clients and the press as one of the nation's leading litigators, including in surveys published by Los Angeles Magazine and the California Lawyer. He has been named as one of Southern California's Top Lawyers every year since 2007 as well.

In 2009, Mike received the prestigious California Lawyer Attorney of the Year (CLAY) award for "extraordinary achievements" in intellectual property litigation. Mike also was featured in The American Lawyer, which named Quinn Emanuel as the "Top Intellectual Property Firm in the U.S."

Mike represented Samsung in the high-profile, multi-billion dollar Apple v. Samsung lawsuits involving multiple patent and trade dress claims. In 2013, after trial, Mike won a complete defense decision for Samsung against Apple’s claims of design patent infringement in the International Trade Commission, where Apple had sought to bar importation of Samsung smartphones and other products into the United States. In related federal court actions, he invalidated Apple’s claimed iPhone trade dress in a landmark 2015 Federal Circuit decision and ultimately defeated each of Apple’s repeated attempts to enjoin Samsung products based on design patent and trade dress claims.  In December 2016, Mike won for Samsung a widely reported, unanimous decision in the United States Supreme Court that reversed Apple’s claims to design patent damages – the first design patent case heard by the U.S. Supreme Court in more than 120 years.

In 2014, Mike’s victory for Mattel in the Ninth Circuit against trade secret claims brought by MGA Entertainment was named in the press as one of the year’s most significant federal appellate decisions.

Throughout his career, Mike has been committed to pro bono representation and philanthropic causes.  For example, he represented mental health advocacy groups in Jaffee v. Redmond, 518 U.S. 1 (1996), the seminal U.S. Supreme Court decision recognizing a federal privilege for patient communications with psychiatrists, psychologists and social workers.  Mike has taken on numerous other causes on behalf of not-for-profit organizations and individuals who otherwise could not afford legal counsel, including to advance human rights and voter protection.  Most recently, Mike has been involved in Project Corazon, a consortium of attorneys and other professionals working on a pro bono basis to reunite the thousands of parents and their children separated at the border.

Mike is admitted to the State Bars of California, New York and Illinois and regularly practices in the federal courts across the country as well as in the Trademark Trial and Appeal Board. He also routinely litigates international, cross-border intellectual property and technology disputes.

Mike is the Chair of the firm’s Trade Secret Litigation Practice.