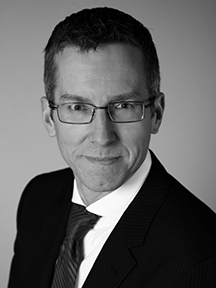 Dr. Johannes Bukow is a German qualified attorney (Rechtsanwalt) and Partner at Quinn Emanuel. Dr. Bukow focuses on IP litigation, with a particular emphasis on patent litigation. His expertise covers working with clients and litigating patents in various industries including the coordination of lawsuits in multiple jurisdictions. Dr. Bukow also has specific experience regarding the interface of patents and antitrust laws (e.g., patents essential to industry standards and FRAND-defenses). He has pleaded numerous cases in the German patent infringement courts as well as in opposition proceedings at the EPO (including appeal proceedings), before the German PTO and the German Patent Court. He has significant experience in the area of border seizures.

He was a lecturer in patent law at Freiburg University and he has contributed inter alia to the textbook Handbuch des Patentrechts (Hrsg. Haedicke/Timmann), which is also available in English (Patent Law Handbook, eds. Haedicke/Timmann).