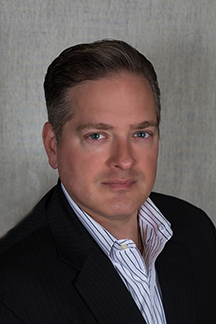 James Glass is the Chair of Quinn Emanuel’s Post-Grant patent practice.  He holds a degree in Computer Engineering and has devoted his 24 year career to patent litigation, including litigation in Federal Courts, the US Patent and Trademark Office and at the International Trade Commission.

Jim devotes a significant portion of his practice to representing clients in post-grant proceedings at the United States Patent and Trademark Office (“PTO”).  These proceedings, which are mini-trials at the PTO—complete with depositions, experts, and live argument—provide unique opportunities for litigants to advance strategic interests rapidly and cost-effectively.

Jim has been lead counsel on nearly 300 proceedings in front of the PTAB.  Patexia  has ranked him as one of the most active and best performing attorneys at the PTAB each year from 2018 to 2020, and  Docket Navigator has ranked him as the second most active attorney in the country. His practice has included representing clients such as Alacritech, Bio-Rad, BlackBerry, IBM, Memjet, Mercedes-Benz,  Parrot Drones and Samsung.

Jim has secured significant wins for both patent owners and petitioners.  For patent owners, he was lead counsel for Voxer on four IPRs filed by Facebook. All four were denied institution, and the denial was affirmed by the Federal Circuit. That win was recognized in The American Lawyer  “Litigator of the Week” report.  Jim was also lead counsel on a series of 14 IPRs filed by 10x Genomics; the PTAB denied institution of all 14 petitions.  On the petitioner side, he most recently argued at trial for clients Mercedes-Benz and Parrot drones, securing rulings in both cases that all asserted claims were unpatentable.

Jim has extensive litigation experience.  He has successfully argued many Markman and Summary Judgment motions, and has represented clients at trial in both the district court and at the International Trade Commission. He recently represented Emson in a patent infringement case filed by Avenue innovations, where he argued at Markman that two of the claims were invalid as indefinite – the Court agreed. The Court subsequently ruled at summary judgment that none of the remaining claims were infringed. Jim has also litigated cases involving a variety of complex technologies, including smartphone technologies, WIFI systems, semiconductor fabrication and circuitry, inkjet printers, LCD technology, networking technology, graphical user interfaces, on-line trading systems, and fiber optic gyroscope systems.

Jim has been recognized as a “Super Lawyer” in multiple years by Super Lawyers Magazine.