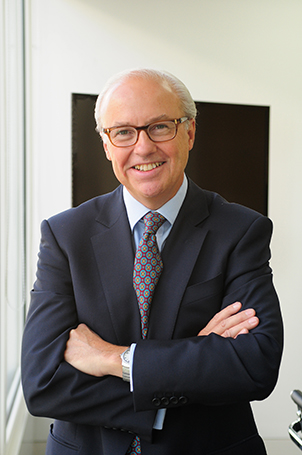 Ted is Co-Managing Partner in Quinn Emanuel’s London office and Co-Chair of the firm’s Energy Disputes practice. Since 1989, he has conducted commercial litigation as lead partner in all of the higher English courts on disputes ranging from general contract and tort claims, to company law, M&A, public law, fraud, intellectual property, tax, and antitrust matters. He has also undertaken cases before the European Court of Justice, the Tax Tribunal, the Copyright Tribunal, a Select Committee of the House of Commons and as counsel in numerous international arbitrations and expert determinations.

Although much of his work has been in the oil, gas, and power sectors (both UK and international), in which he has specialised since the 1980's, he has acted on numerous disputes relating to engineering and construction contracts and defects, shareholder and private equity disputes, media and product liability law, defence contracts, pharmaceutical licensing disputes, professional negligence (legal, accounting and valuation) and accountancy disputes arising on completion accounts.

He has been ranked as a leading practitioner by Chambers UK for over 25 years and is listed in Band 1 for Litigation and Energy and Natural Resources. Chambers UK said: “The “fantastic” Ted Greeno “is absolutely number one”“. He is also one of three litigation lawyers listed in the Chambers UK list of 100 leading business lawyers, which comments: “Ted exercises impeccable judgment, gets to the heart of the issue and explains it simply. Very easy to get along with and good at communicating with all levels of the organisation.”