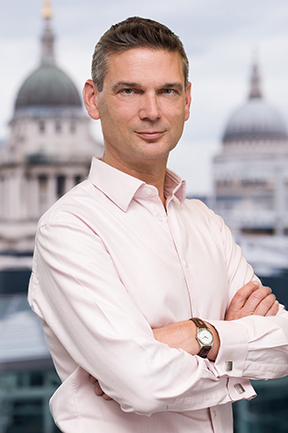 Robert Hickmott has been active in financial, banking,  insolvency and fraud based litigation for 25 years and has, over that period, represented the full range of stakeholders in defending and pursuing claims and resisting/enforcing judgments.

Robert has particular experience of representing clients in  high value financial litigation, and has run litigation in the major jurisdictions. He has acted for  Funds in restructuring and distressed debt disputes; insolvency officeholders in bringing claims and adjudicating on proofs; and for numerous high net worth individuals in bringing and resisting claims.

Chambers 2017 says Robert is "indefatigable, unflustered and unafraid of litigating" and adds that "He gets results."

Legal 500 2017 say that Robert is “supremely impressive” and “excellent” and is a recommended individual in Banking Litigation: investment and retail and Commercial Litigation sectors.

Chambers 2015 describes Robert as "a proper litigator who gets into the detail and understands it well" and who "gives a good strategic overview and is a good team builder".

Chambers  2014 says, he's "incredibly capable and efficient" has "good judgement" and adds: "He's very measured, very clever and very good at running big cases." Legal 500 rates Robert as "brilliant", "smart and extremely commercial".  He was recognized by the Legal 500 as a Leading Individual in Insolvency and as a 2014 London Super Lawyer for Insolvency and Bankruptcy.

Robert is a regular commentator on current legal stories, from litigation funding to the LIBOR scandal in publications such as The Lawyer and Legal Week.   He has also appeared on the Jeff Randall Show for Sky News.