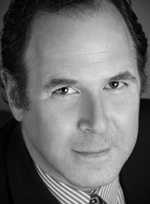 Stephen Neuwirth, one of the leading antitrust attorneys in the United States, chairs Quinn Emanuel’s worldwide Antitrust and Competition Law practice. He was recognized by Law360 in 2017 as one of just five antitrust "MVPs" nationwide, by Corporate LiveWire in 2018 as U.S. Antitrust and Competition Lawyer of the Year, by the National Law Journal in 2015 as an Antitrust “Trailblazer,” and by Law360 in 2014 as a “Titan of the Plaintiffs’ Bar.” Mr. Neuwirth is one of just two attorneys in the United States ranked by Legal 500 in Tier 1 for both defense-side and plaintiffs-side antitrust litigation. Chambers USA has described Mr. Neuwirth as “renowned for his deep understanding of corporate transactions and antitrust matters” and “recognized as a ’leading light’ for his plaintiffs’ work.” Mr. Neuwirth also was ranked a Non-IP Litigation Star by LMG Life Sciences 2017. He has been recognized for his work in Antitrust litigation by The Best Lawyers in America from 2013 to 2021 and included in the 2020 Lawdragon 500 Leading Plaintiff Financial Lawyers Guide for his work in Antitrust litigation.

In 2014-2015 alone, Mr. Neuwirth has achieved over $800 million in recoveries when representing plaintiffs.  But Mr. Neuwirth is also one of the rare attorneys with a blue chip practice on both sides of the “v.”, also representing defendants in some of the most important litigation in the nation.   In recent years, for example, Mr. Neuwirth has on three occasions achieved voluntary dismissal of class action antitrust claims against Quinn Emanuel clients – in each instance without the clients having to make any monetary payment.   In addition, Mr. Neuwirth also has been active in sports law matters, including recent representations of the Washington Nationals Baseball Club in litigation against the Baltimore Orioles concerning fees for television broadcast of Nationals games, and of Madison Square Garden and the New York Rangers in defense of federal antitrust claims alleging that the National Hockey League and other parties colluded to fix prices for television and internet broadcast of NHL games.  Mr. Neuwirth has also handled major matters for Mexican companies with U.S. claims, including representation of Grupo Televisa, the world’s largest Spanish-language media company, in U.S. litigation successfully enjoining JP Morgan’s effort to transfer, to a bank controlled by Televisa competitor Carlos Slim, most of a $300 million dollar loan that JP Morgan had made to Televisa’s cable television business.  Mr. Neuwirth also represented FEMSA in obtaining a federal court injunction, upheld by the Second Circuit Court of Appeals, blocking a $300 million plan by the Dutch beer manufacturer then known as Interbrew to integrate its Beck's beer brand into a U.S. beer distribution joint venture in which FEMSA held the minority ownership interest.

Mr. Neuwirth brings to bear almost three decades of experience in private practice and government, including serving as Associate White House Counsel to President Clinton from 1993-1996.  In 1998, the U.S. Department of Justice retained Mr. Neuwirth to assist in the Antitrust Division’s litigation against Microsoft Corporation.