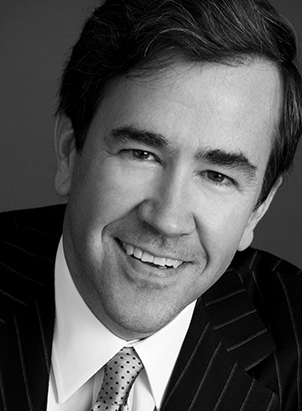 John Potter is a nationally renowned trial lawyer with a practice focused on civil litigation and white collar criminal defense.  Mr. Potter has been repeatedly recognized as one of the best lawyers in the United States by Chambers, USA, The International Who's Who of Business Lawyers, Who's Who Legal Investigations, The Legal 500, The Expert's Guide to the World's Leading Lawyers, and The Best Lawyers in America.  The authoritative professional resource, Chambers, USA, has given Mr. Potter its highest ranking and described him as “extraordinarily talented,” a "great strategic thinker,” and “an outstanding trial lawyer."  Other peer-reviewed, legal publications have characterized Mr. Potter as a "high powered trial lawyer," an "A-List" defense counsel, and “the best in the business.” Mr. Potter is a Fellow in the American College of Trial Lawyers, an honor attainable by no more than 1% of the attorneys practicing in each state.

Mr. Potter serves as the Co-Chair of the Firm's White Collar and Corporate Investigations Practice Group and has extensive criminal defense experience.  He previously served as Co-Chair of the American Bar Association's White Collar Committee for the Northern District of California and as the National Co-Chair of the ABA's Criminal Antitrust Committee. A former federal prosecutor, Mr. Potter has conducted numerous internal investigations at the request of corporations, boards of directors, audit committees and special committees.

Mr. Potter has delivered lectures and provided training throughout the world to the American Bar Association, the California State Bar and various international organizations, on a variety of topics including internal investigations, the Foreign Corrupt Practices Act, Health Care Fraud, the False Claims Act, Securities Fraud and the Economic Espionage Act.