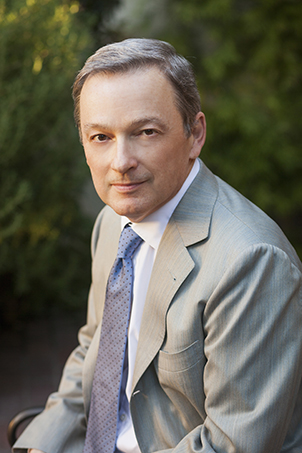 A federal judge once described a Bill Price cross-examination as both a “symphony” and a “bloodletting.” Fitting words to describe the work of a man widely recognized as one of the nation’s premier trial lawyers – a master of the craft.

With Price, the superlatives pile high: “Trial ace,” “attorney of the year,” “litigator of the week,” “top gun trial lawyer,” “fantastic trial lawyer who specializes in bet-the-company cases," “devastating in court,” and so on.

The founder and co-chair of Quinn Emanuel Urquhart & Sullivan’s National Trial Practice Group, Price is a Fellow of the American College of Trial Lawyers.  He is resident in the firm’s Los Angeles office.

One need only look at the two month period of December 2019 to January 2020 to observe the impact and versatility of Price’s trial skills.  In December 2019, Price successfully defended Elon Musk in a $190 million defamation suit brought by one of the men who had assisted in the rescue of 12 children trapped in a cave in Thailand.  Musk had called plaintiff, among other things, a “pedo-guy”.  It took the jury less than an hour to reach a verdict in favor of Musk. The press reported that the “killer blow” to plaintiff’s case was Price’s cross-examination of the plaintiff. View press coverage here. Just a few weeks later, Price was trial counsel on the plaintiff’s side, representing the California Institute of Technology in a patent infringement trial against Apple and Broadcom.  After a two-week trial the jury found that Apple and Broadcom had infringed Caltech’s patents and awarded over $1.1 billion in damages. View press coverage here.

Those are just two examples of a long history of accolades and high-profile trial wins.  The National Law Journal has named Price one of the top ten winning trial lawyers in the U.S. an unprecedented four times – the only trial lawyer so recognized this century, and one of only two so recognized since the annual list was started.  As a result of his stunning trial victories, Price has been named "Litigator of the Week" three times by The American Lawyer, which noted, "he has quietly and quickly developed a record that rivals those of the best in the business."

In 2020 Law360 ranked Price Top MVP in Trials. The Recorder (another top legal publication) named Price one of the California “Attorneys of the Year” in 2011. Chambers USA (2012) called him, “a top gun trial lawyer, who is well versed in trial work.” The Daily Journal named him one of the "Top 100 Lawyers in California" in 2012.  Chambers USA (2013) reported that Price is a "fantastic trial lawyer who specializes in bet-the-company cases" and is "devastating in court; he's one to keep your eye out for.”  Chambers USA (2014) said Price is "experienced in handling high-stakes disputes" and noted that "he recently defended Micron in a patent infringement case worth over $1 billion." Benchmark Litigation also named him one of its 2016 National Litigation Stars.  In 2015, Price was selected to be profiled in Law360’s inaugural “Trial Aces” series, which identified him as a lawyer “to call when losing is not an option.” In 2019, Legal 500 included him in “The Legal 500 Hall of Fame” for “Dispute Resolution – Leading trial lawyers,” one of only 45 individuals across the U.S. to be so included.

The majority of Price's appearances have been for the defense, and almost all have resulted in defense verdicts.  In one notable example of a “bet the company” case, he successfully defended Micron Technology, Inc., as noted above, in an antitrust case involving random access memory chips during a three-month jury trial against Rambus, Inc.  Prior to trial, one of the alleged co-conspirators had settled for $1 billion.  Rambus asserted claims for violations of the Cartwright Act and sought $4 billion in compensatory damages, trebled to $12 billion under the Cartwright Act, as well as other relief. The jury rejected Rambus’ claims and awarded no damages.

On the plaintiff’s side, in addition to the $1.1 billion verdict obtained for Caltech, Price has obtained three nine-figure verdicts, and several eight-figure verdicts.  In 2018 Price first-chaired a trial on behalf of ResCap Liquidating Trust in a case arising from the mortgage lending crisis. In June 2019, a federal judge entered a final judgment of $68 million for ResCap, the plaintiff. In issuing her ruling, the judge wrote, “This was an extremely complicated, aggressively litigated case... This case required the top-notch legal counsel that ResCap retained... The excellent reputation of Plaintiff’s counsel is well-deserved.”