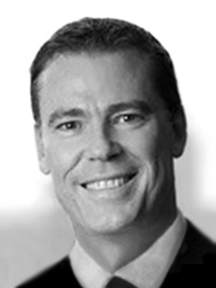 Damian Scattini is a partner in Quinn Emanuel’s Sydney office. He has 30 years’ commercial litigation experience.

Damian is one of the leading corporate plaintiff and class action lawyers in Australia.

He has represented many thousands of individuals, partnerships and companies in hundreds of actions, both in Australia and the USA.

Currently, Damian is conducting seven consumer class actions in the Supreme Court of New South Wales, in which over 10 percent of Australian adults are class members. The appellate cases arising out of this litigation has rebalanced and set the law, favourably for the members of the Quinn Emanuel’s class actions, and consumers throughout Australia.

He is also conducting securities class actions on behalf of Australian and international shareholders of ASX listed companies. One of these, against, a listed law firm was the first settlement approval of a class action in the Supreme Court of Queensland.

He has acted in numerous product liability cases, including for the families and survivors after two Australian Army helicopters crashed, killing 18 special forces troops and injuring others.

Damian successfully conducted a number of key cases arising out of the global financial crisis, including against major banks, where he negotiated aggregate settlements of over $300M, without having to file lawsuits.

Clients regularly comment on his strategic acumen, judgment, professionalism and relentless drive to generate successful outcomes for his clients.