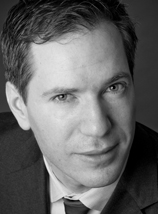 Sanford (“Sandy”) Weisburst was recognized by LawDragon as one of the top 500 litigators in the United States for 2023. In 2020, Sandy was named a Law360 MVP for energy law for 2020, in recognition of his accomplishments including helping Entergy Mississippi defeating a suit by the Mississippi Attorney General seeking approximately $2 billion for alleged misconduct in energy procurement practices, and his victory for Total Exploration and Production in the U.S. Court of Appeals for the Fifth Circuit overturning a multimillion dollar judgment concerning decommissioning liability.  Also in 2020, Sandy was recognized by American Lawyer’s Litigation Daily for this Fifth Circuit victory and another victory the same week in the Federal Circuit for Alacritech vacating and remanding a decision of the Patent Trial and Appeal Board that had invalidated one of Alacritech’s patents.

Sandy graduated first in his class, with highest honors, from the University of Chicago Law School in 1998.  Sandy served as the Topics and Comments Editor of the University of Chicago Law Review.  Sandy was awarded prizes for the best student in law and economics and the best paper by a graduating student, and also was admitted to the Order of the Coif.  Sandy earned his undergraduate degree from Harvard College in economics, magna cum laude, and was admitted to Phi Beta Kappa.  Following law school, Sandy clerked for Judge Laurence H. Silberman on the U.S. Court of Appeals for the D.C. Circuit and then for Justice Clarence Thomas on the Supreme Court of the United States