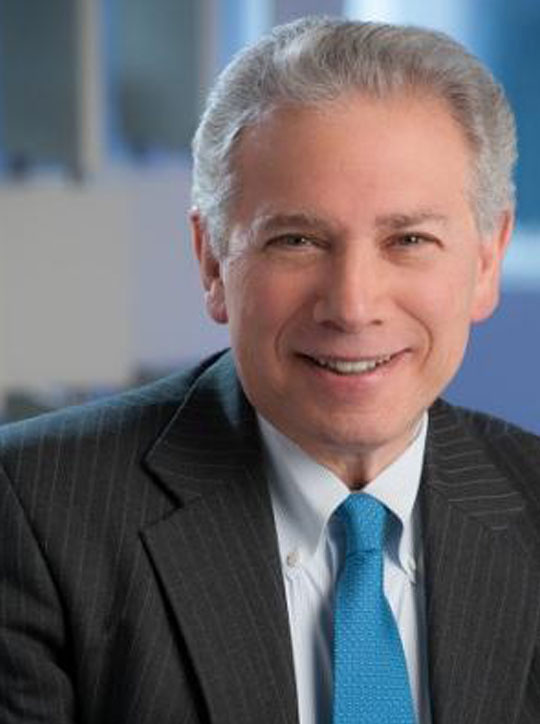 Harvey Wolkoff is the Head of Quinn Emanuel’s Boston office.  Harvey is widely recognized as a preeminent trial lawyer and is a Fellow of the American College of Trial Lawyers.  In 2018, The Best Lawyers in America selected Harvey as a “Lawyer of the Year – Securities,” Massachusetts Lawyers Weekly named him the “Lawyer of the Year,” and Benchmark Litigation recognized him as a “National Litigation Star.”  Harvey has tried a wide variety of complex high-stakes, high-dollar disputes in state and federal courts across the country,  including consumer class actions, fraud, securities and ERISA litigation, breach of fiduciary duty, contract disputes, employment matters, RMBS litigation, data privacy matters, unfair competition, and antitrust litigation.  He has an extremely high win percentage in his jury trials.  Chambers USA has recognized Harvey as one of “America’s Leading Lawyers for Business” and in their 2021 rankings, he is noted as  “a skilled advocate and a highly effective strategist.  He handles complex technical issues with ease and is surgical in the manner in which he presents at trial and prepares arguments – He’s very smart, incisive and deeply experienced, a true trial lawyer.” Most recently in 2022, Chambers USA states, "Harvey is astounding; he can recall every line of the material" and is "one of the leading lawyers in Massachusetts."

For over 40 years, Harvey has advised clients with respect to a breadth of business disputes and investigations, and  he has extensive experience in bet-the-company litigation and class action disputes as well as post-merger and acquisition litigation.  Harvey has successfully argued many high-profile cases – on behalf of both plaintiffs and defendants – in state and federal courts and has won major appellate victories in a number of federal circuit and state courts of appeals.  Harvey has also represented clients in international arbitrations, including a recent month-long arbitration in Hong Kong that resulted in a $100 million award, which earned him Law360’s “MVP in International Arbitration” in 2017.

Prior to joining the firm, Harvey was a partner and head of the litigation department at Ropes & Gray and served as an Assistant U.S. Attorney in the U.S. District Court for the Southern District of New York from 1979 through 1982.

Harvey is committed to pro bono work and has represented the Lawyers Committee for Civil Rights and the Anti-Defamation League of New England in several cases.