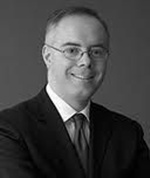 Corey Worcester acts as lead counsel for clients on some of the largest and most complex “bet the company” litigations in the country.  His broad commercial litigation experience is complemented by his ability to take cases to trial when the need arises—something that he has done more than twenty times.  Mr. Worcester’s practice includes a variety of complex commercial actions, including dozens of class actions, multidistrict litigations, bankruptcies, and other multi-party and multi-forum commercial matters, including arbitrations, mediations and regulatory proceedings.

Mr. Worcester is Co-Chair of Quinn Emanuel’s Insurance Litigation group, representing numerous insurance companies in nine and ten figure litigations arising from coverage disputes, business disputes touching on their insurance practices, and regulatory matters.  Mr. Worcester is also the Chair of Short Seller Defense Litigation.  In that role, he oversees Quinn Emanuel’s market leading short seller defense practice, which helps companies respond to and address attacks on their share price by short sellers.  Quinn Emanuel has advised numerous companies, working with executives, investigators, and public relations firms behind the scenes, or out front with regulators and in offensive and defensive litigations.

Mr. Worcester has been named a "Super Lawyer" by New York Super Lawyers in the separate fields of antitrust, banking, and business litigation.  In 2015, Mr. Worcester was named Multidistrict Litigator of the year by Corporate LiveWire magazine, and in 2017 was named a “Top Attorney Under 40” in the area of insurance litigation by Law360.  He is also recognized by Legal 500 as a recommended lawyer for insurance litigation.

In addition to his business litigation practice, Mr. Worcester maintains an active pro bono practice.  Among his pro bono accomplishments are a jury trial on an issue of first impression under the Americans with Disabilities Act, securing a settlement for a prisoner who was “tased” and injured while already in police custody, sitting on the board of directors of the Columbia Business Law Review, and representing Marissa Alexander in a high profile “stand your ground” case in Florida that attracted national media attention.