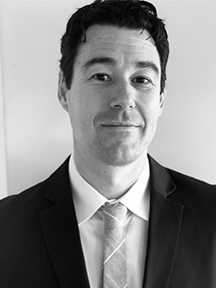 Andrew Bramhall is a partner in the Silicon Valley office, where he has worked since 2007.  His practice focuses on high-stakes intellectual property disputes with an emphasis on patent and trade secret litigation.  Andrew has represented plaintiffs and defendants in state and federal courts throughout the country, including in the Northern, Central, and Southern Districts of California, the Eastern and Western Districts of Texas, the District of Delaware, the Southern District of Florida, and the Southern District of New York.  Andrew has litigated numerous investigations before the International Trade Commission (ITC) in Washington D.C. on behalf of complainants and respondents, and has also represented both petitioners and patent owners in post-grant proceedings before the USPTO, including in inter partes review and re-examinations.

Litigating complex technology is Andrew’s forte.  At Quinn Emanuel, he has worked on matters involving a wide range of technologies across a broad spectrum of scientific and engineering disciplines, including semiconductor processing, genetic cloning, DNA printing, magnetic tape, micro-electromechanical systems (MEMs), wireless communications and standards, computer operating and data storage systems, liquid crystal displays, optical devices, and smart phones—to name a few.  Prior to law school, Andrew worked in a biotech laboratory at a start-up company in the Bay Area, which specialized in making gene- and protein-based arrays and was eventually acquired by Affymetrix.

Andrew has routinely been recognized as a top lawyer in his field, having been named a Super Lawyers Rising Star from 2013 – 2019.