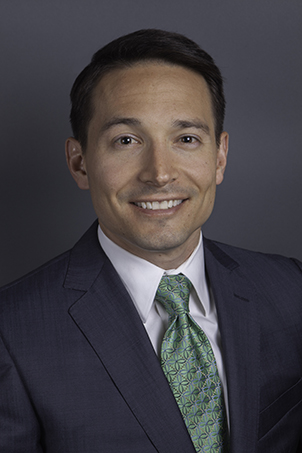 Joseph Paunovich is a partner based in the firm’s Los Angeles office.  His practice area spans a wide variety of complex and high stakes domestic and international civil and regulatory matters in both state and federal courts, ranging from intellectual property litigation, licensing, and strategy to governance, antitrust, environmental and other complex business disputes and arbitrations.  He is also a registered patent attorney and provides client counseling on strategic prosecution, post-grant and reexam proceedings and product design in connection with litigation.

Mr. Paunovich has litigated and tried numerous cases to jury verdict and obtained other pretrial victories and positive resolutions for his clients throughout the world.  On the plaintiff’s side, he has obtained, among significant victories, two Top 100 verdicts in the U.S.  In 2019, Mr. Paunovich first chaired a trial as lead counsel for Olaplex LLC in the District of Delaware against L’Oréal, the largest beauty company in the world.  In a landslide win, the jury returned a unanimous verdict and awarded more than $93 million in damages finding that L’Oréal had willfully stolen Olaplex’s trade secrets, willfully infringed upon two Olaplex patents, and breached the parties’ NDA.  L’Oréal’s claims of patent invalidity were rejected in total, and the court doubled the non-overlapping portion of the award and granted attorneys’ fees and costs, finding that Olaplex was entitled to enhanced damages based on willful trade secret theft and patent infringement.  The court also granted a permanent injunction barring L’Oréal from selling the infringing products and restored Olaplex to its position as the sole provider of the revolutionary hair care products it invented.  In 2012, Joe co-first chaired a trial as counsel for Shelbyzyme LLC in the District of Delaware against Genzyme Corporation in a patent infringement dispute involving recombinant DNA technology for the treatment of Fabry disease.  The jury returned a unanimous verdict and awarded $50 million and a 6% royalty in damages finding that Genzyme infringed upon two of Shelbyzyme’s patents and rejecting Genzyme’s patent invalidity claims.

On the defendant’s side, Mr. Paunovich has completely defensed a variety of allegations and claims against his clients throughout his career.  For example, on behalf of Olaplex, Mr. Paunovich obtained a complete dismissal of each of L’Oréal’s counterclaims seeking $47 million against Olaplex alleging violations of the Lanham Act for false and misleading advertising, fraud, false patent marking, and breach of contract.  On behalf of Moldex-Metric, he obtained a complete dismissal of 3M’s claims of patent infringement and brought a follow on suit for malicious prosecution against 3M in connection with that suit that ended favorably for Moldex.  On behalf of Peel Technologies, Mr. Paunovich obtained a complete walk-away from a nine-patent infringement lawsuit and invalidated two international patents in actions brought by HomeTouch in Taiwan and Mainland China.

In addition, Mr. Paunovich has tried numerous criminal jury trials in state courts as part of the Trial Advocacy Project (TAP) program as a Deputy City Attorney in Los Angeles.

Mr. Paunovich also serves as an adjunct professor at the University of California Irvine Law School, teaching patent litigation, and has for several years sat on the charitable board of the Los Angeles Legal Aid Foundation.