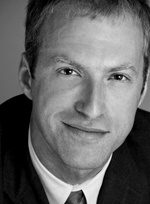 Mr. Proctor, a Quinn Emanuel partner since 2006, focuses his practice on complex, high-stakes litigation at every stage of a case—pre-trial, trial, post-trial and appellate.  Mr. Proctor has extensive experience with intellectual property disputes, including those involving copyrights, trademarks, trade dress, design patents and trade secrets, as well as other complex business disputes across a range of industries, including claims of fraud, breach of contract, breach of partnership, unfair competition, RICO violations, antitrust violations, fraudulent transfer, and other claims.  Recently, Mr. Proctor has represented Samsung in its design-patent and trade-dress “smartphone wars” with Apple, Mattel in intellectual property battles with a competitor, Snapchat in defending against partnership claims brought by an alleged co-founder, prominent investors in several nine-figure M&A disputes, and other entities and individuals in significant disputes nationwide.

Before joining Quinn Emanuel, Mr. Proctor graduated in the top 2% of his class from New York University School of Law, and clerked for the Hon. Charles P. Sifton, Chief Judge of the Eastern District of New York.  Mr. Proctor has been named one of the top Intellectual Property lawyers in California by Super Lawyers.