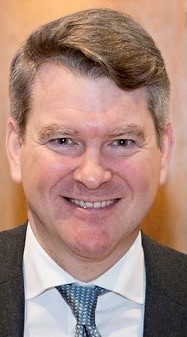 Dominic is a partner specializing in international arbitration, international litigation and public international law disputes. Widely recognized as having a "highly distinguished practice", he is  commended for his expertise in natural resources, joint venture and shareholder issues particularly within the energy and mining sectors.

Described as a "serious arbitration practitioner", Dominic has gained a deep expertise in disputes for oil companies with interests in Asia, Africa and in the Middle East including Iran.

He sits as an arbitrator and has acted as counsel under the auspices of many of the main arbitral institutions, including the ICC, LCIA, SCC, SIAC, JCAA, CIETAC as well as in pure ad hoc and UNCITRAL references.

Many of Dominic’s cases have involved jurisdictional disputes concerning parallel proceedings before other arbitral tribunals and in national courts in the United States, England, and in offshore jurisdictions. In addition to his jurisdictional litigation experience, Dominic also undertakes substantive commercial litigation in the English courts and has experience of a wide range of Asian court litigation, including in Japan and Singapore.

Dominic also focuses on international sovereignty and Law of the Sea disputes, in relation to which the leading legal directories describe him as being "sought out by governments to advise them on politically sensitive inter-state disputes". He is also “particularly recommended for bilateral investment treaty disputes, especially in the energy sector".