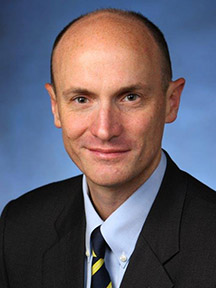 Sam Williamson is co-managing partner of the firm’s Miami office and a co-chair of the firm’s White Collar Defense and Investigations Practice, as well as chair of Quinn Emanuel’s Asian White Collar Defense and Investigations Practice. Prior to his return to the U.S. in 2019, Sam led the firm’s expansion into Shanghai, where he oversaw the opening of the Shanghai’s office and served as the firm’s first managing partner of the Shanghai office. He is a former federal prosecutor, having served as a white collar supervisor at the U.S. Department of Justice, and has extensive experience living and working in Asia, having lived in China on multiple occasions, as well as in Japan and Singapore. Sam speaks Mandarin Chinese and Japanese and while based in China was the only Chinese-speaking former federal prosecutor resident at an international law firm in mainland China.

In the U.S., Asia and around the world, Sam regularly counsels both corporations and individuals on sensitive litigation and enforcement matters involving securities law, accounting and book-keeping standards and other internal financial controls, complex financial transactions, the U.S. Foreign Corrupt Practices Act (“FCPA”), the U.K. Bribery Act, other corruption enforcement regimes, the Economic Espionage Act (“EEA”), antitrust and competition issues, health care programs, and government sanctions and trade policies, among others. Sam also frequently speaks to businesspeople and lawyers regarding enforcement and corruption risks, and on how best to deal with government investigations.  Sam has represented clients in a wide variety of industries, including private equity, pharmaceuticals, medical devices, food and beverage, management consulting, information technology, industrial engineering, consumer products, aviation, and sporting goods.  He is also an experienced trial lawyer, having tried many cases to verdict in U.S. federal court, and regularly represents large companies in connection with significant civil disputes arising in the course of their business activities around the world.

According to Chambers Asia-Pacific, Sam is “the kind of lawyer you can put in front of your business people - an engaging, credible speaker with a sense of humour” with “ability to synthesise and clarify inherently ambiguous circumstances” and “formidable US Department of Justice experience.” Chambers also reported client comments that Sam “stands out in terms of preparation, focus, comprehensive, analysis, presentation, management and strategy planning.” In 2013, Main Justice recognized Sam with a Distinguished Service Award in the FCPA category.

In New York, Sam was a member of the International Narcotics Trafficking Unit, where he prosecuted large international money-laundering and narcotics organizations. In the course of this work, Sam worked with law enforcement agencies from the United Kingdom, the Netherlands, Pakistan, Canada, Colombia and the Dominican Republic, among others. In addition, Sam prosecuted a wide variety of other types of crimes including bank, wire, mail, and tax fraud.

In Nashville, Sam was the deputy chief of the office’s Criminal Division, where he supervised a team of as many as ten attorneys. This group was responsible for the prosecution of the majority of federal white collar criminal cases occurring in the district, including securities, bank, mail, wire, health care, environmental, and bankruptcy fraud. The team’s other matters included complicated computer intrusion cases and public corruption matters.

In both offices, Sam tried a number of federal jury trials and has addressed federal juries on dozens of occasions. The subject matters involved in these trials included many complex “white collar” matters, including criminal violations of the Bank Secrecy Act, environmental fraud, health care fraud, obstruction of justice, computer-related crimes, fraud in government subsidy programs, and public corruption. He also appeared in numerous legal and evidentiary hearings and represented the United States as lead counsel before the United States Courts of Appeals for the Second, Fifth and Sixth Circuits.

In 2010, at the request of the U.S. Department of Justice, Sam traveled to Serbia, where he spoke to judges and prosecutors about corporate criminal liability as part of DOJ-sponsored training on these issues.

Prior to attending law school, Sam was an active duty infantry officer in the United States Marine Corps, where he attained the rank of Captain and served as an infantry company commander. He was honorably discharged from the Marine Corps Reserve after being promoted to the rank of Major, and deployed to Korea, Japan, the Philippines and Mali in the course of his reserve activities. During his time in the military, Sam achieved the second-highest possible score in oral Chinese on the Defense Language Proficiency Test.